SIPRI compares national military expenditure by converting reported amounts to dollars at current exchange rates. Differences in price levels likely lead to underestimation of the real level of military expenditure in e.g. Russia and China relative to the US. Nevertheless, even if purchasing power parity (PPP) index for military goods existed, the order of the countries in terms of real spending would remain unchanged. Using the overall PPP index for GDP, Russia’s military spending still was less than a quarter of US military spending last year. 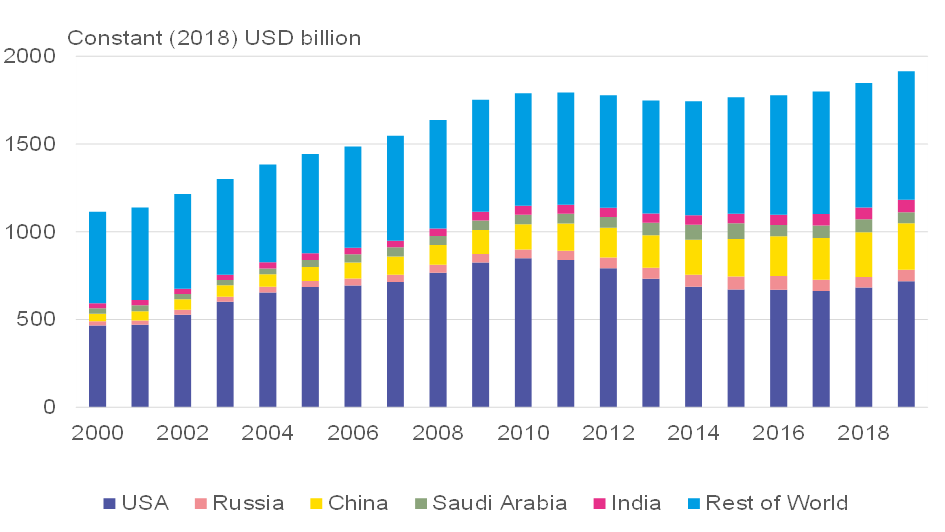