Russians have reduced their foreign debt since the 2014 peak, mainly by paying down debt, due to sanctions and Russia’s weak economic performance. Russians also paid down foreign debt during the 2009 financial crisis. However, the level of indebtedness at that time recovered rapidly after the crisis. The impact of sanctions is most evident in the continuous reduction of foreign debt of Russian banks. Russia’s largest banks, which include giant Sberbank and VTB, are not able to get any new long-term financing from EU countries or the US. 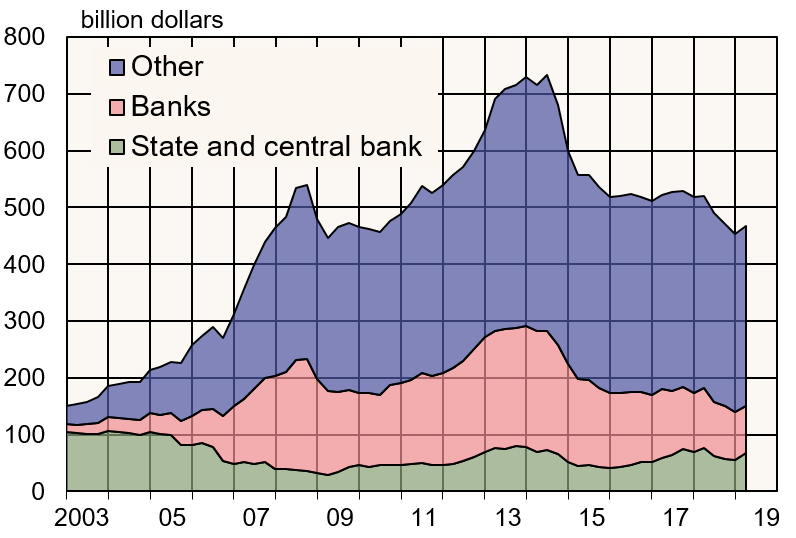