The 2018 index placed Russia 138th out of the 180 countries surveyed, on par with Iran, Papua New Guinea, Mexico and Lebanon. Countries at the low end of the TI rankings have typically weak economic and political institutions such as judiciary, media, civil society and public administration. Denmark, New Zealand and Finland have held the top positions in TI’s rankings in recent years. 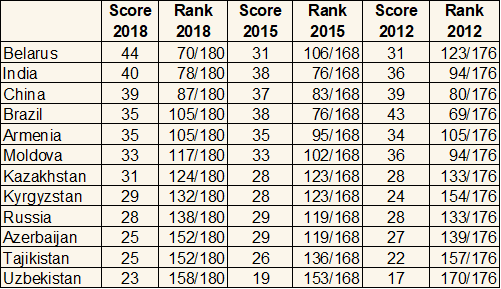