Despite its slow revival pace, the recovery in seasonally-adjusted retail sales plodded forward in May. The sales were about 2.5 % larger than in May last year. Retail sales have been climbing out of a deep slump for nearly a year and half but are still down about a tenth from their 2014 level. 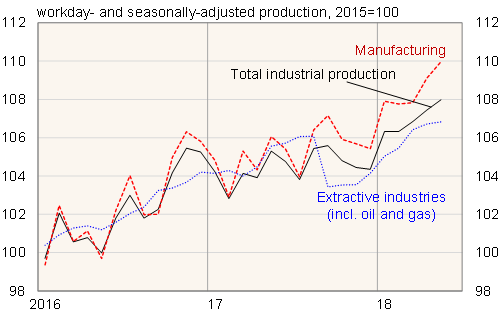