Finnish Customs noted that over a fifth of Finnish exports to China in 2016 were re-exports, i.e. goods produced in a third country. In 2016, re-exports rose by 17 %, making China Finland's third largest destination for re-exports after Sweden and Russia. The largest re-export category was electrical machinery & equipment.

Finnish goods exports to China by category in 2017 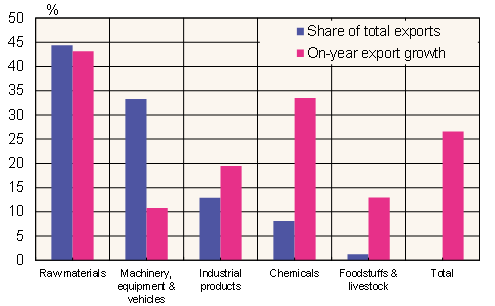