Balance-of-payments figures also highlighted the fact that FDI outflows from China in the first nine months of the year amounted to 65 billion dollars, while FDI inflows to China were 86 billion dollars. After having been 47 billion dollars in the red last year, net FDI flows turned positive. Other items in the financial account showed that capital outflows from China slowed significantly in the first half compared to last year. Some observers argue that this trend continued in the third quarter, but official third-quarter figures have yet to be published. 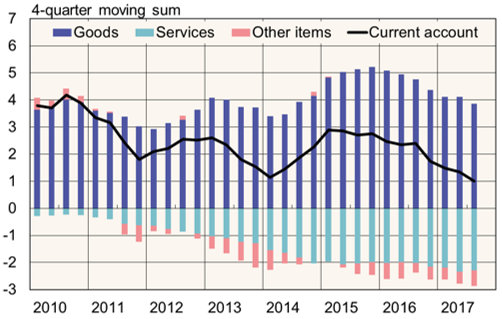