NBS monthly figures show that industrial output continued to grow at over 6 % y-o-y in May. However, there was a slight slowdown of growth in output from April to May. Purchasing manager indices also show a similar pattern. Retail sales, in contrast, remained strong, with real growth of about 10 % y‑o-y. Strong retail sales growth suggests China is making progress in structural reform of its economy. 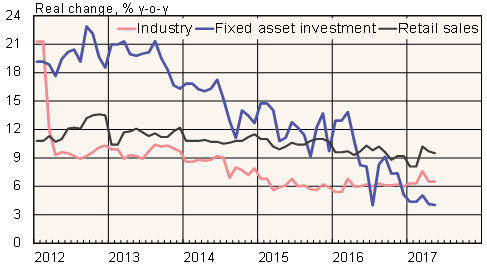