After weakening by 15 % between April and November last year, the yuan has recovered against the dollar. Much of the yuan’s depreciation last year was a reflection of dollar strength. The US dollar spot index (DXY) gained about 8 % last year, and 14 % between April and early November. The dollar has weakened in recent months, however. The People’s Bank of China once carefully managed the yuan-dollar rate, but recently the central bank has tolerated larger fluctuations. The PBoC regulates the exchange rate by publishing a daily “fixing” rate, around which the yuan-dollar rate can diverge by up to 2 % in either direction in Chinese markets. In addition, PBoC officials can order the country’s commercial banks to purchase or sell foreign currency to stabilise the yuan’s exchange rate. Direct central bank currency interventions have been less common in recent years.

The yuan depreciated against both the dollar and euro last year 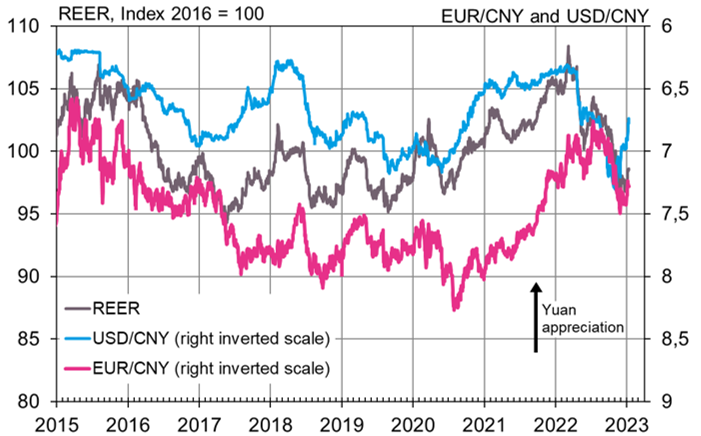