The EU ban on imports of Russian crude oil enters into force on December 5. The ban applies to seaborne imports of crude oil from Russia. Crude oil is imported to EU from Russia also via pipelines. The largest buyers of pipeline oil, Germany and Poland, have announced that they will suspend also pipeline oil imports next month.

Thus, Russia should find new customers for nearly a quarter of its crude oil exports. The volume is roughly the same as the combined increase in Russian oil exports to China, India and Turkey since the start of the Russo-Ukraine war. It is not necessarily easy for Russia to manage another such a large shift to these markets. So far Russia has not found any other new significant buyers for its oil.

At the same time the EU import ban enters into force, a price cap for Russian sea-borne oil agreed by the G7 is also set to enter into force. EU and British companies that dominate the markets can then provide shipping, financing and insurance services only for such shipments of Russian oil that have been purchased at a price within the cap. The goal of the price cap is to reduce Russian export revenues, but avoid eradication of Russian oil from the global market as such a move could trigger a sharp rise in global oil prices.

Russia has said it will not abide by the price cap. While the price cap mechanism could further limit the possibilities for Russian oil exports, it is impossible to gauge the precise impacts at this point as few details have been released. Media reports suggest that in the most recent discussion a range of 65–70 dollars a barrel has been proposed for the cap. The price of Urals blend has averaged 75 dollars a barrel this month. The impacts of the EU import ban and price cap mechanism are analysed in our latest BOFIT blog post (in Finnish, English version to be released next week).

Russia is set to lose a big share of crude oil export demand as the EU sanctions are entering into force. 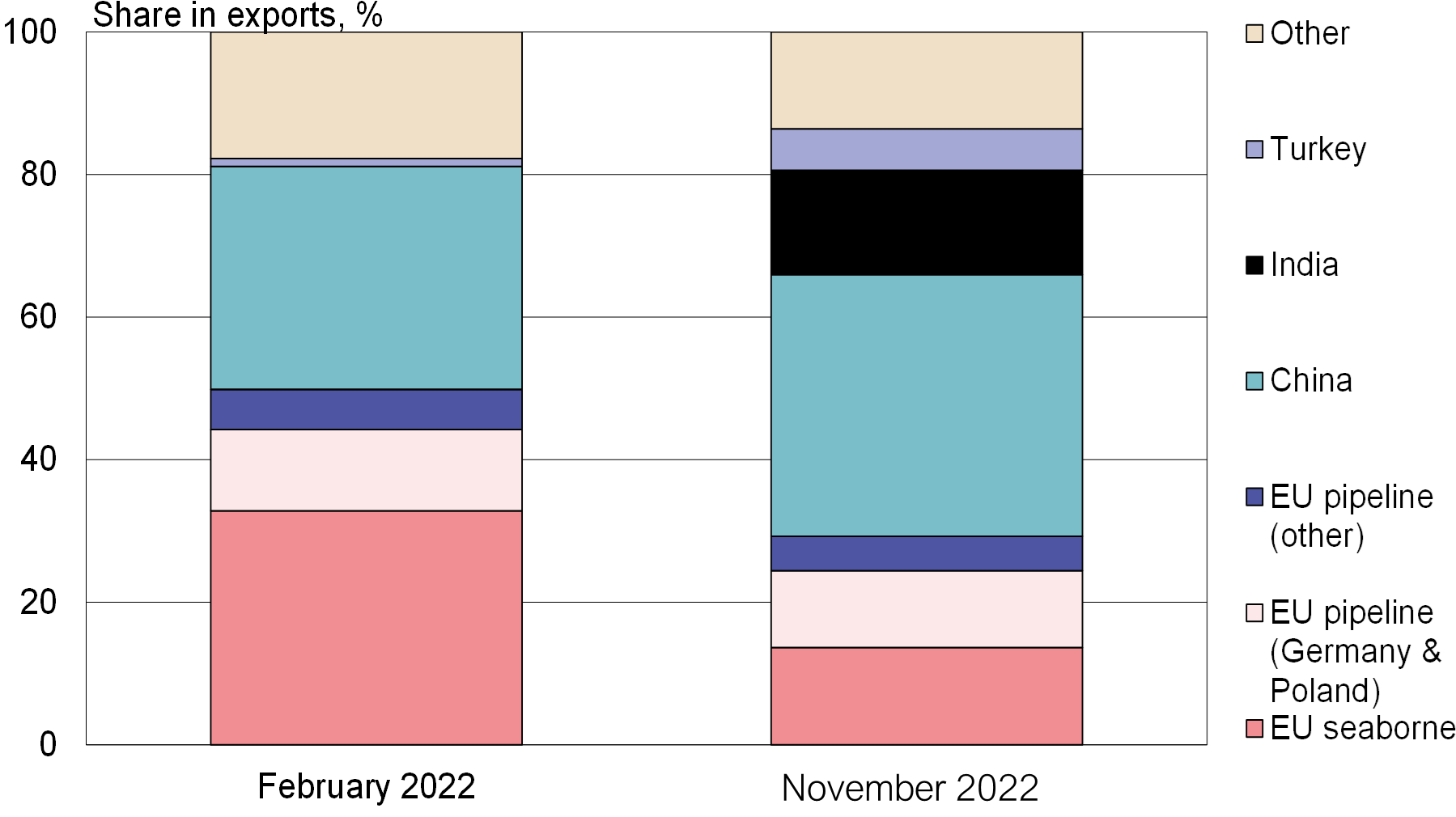