Indian goods imports from Russia have skyrocketed this year. The value of imports in September was nearly five times higher than in September 2021. At the same time, Indian exports to Russia have performed much weaker, increasing the bilateral trade deficit for India.

India has announced that it does not intend to participate in the price cap system and will continue to import Russian crude oil. US treasury secretary Janet Yellen commented this month that India is free to buy oil from Russia outside the price cap framework as long as it does so without using Western financing, maritime insurance or shipping.

India and Russia discussed bilateral economic relations during the recent visit to Moscow of India’s external affairs minister Subrahmanyam Jaishankar. Jaishankar and Russian foreign minister Sergei Lavrov said they were both satisfied with the recent increase in bilateral trade and that the countries would seek to further develop their economic relations over the long term. Nevertheless, Jaishankar expressed also concerns about the Ukraine invasion and widening bilateral trade imbalance.

India’s goods imports from Russia have soared this year. 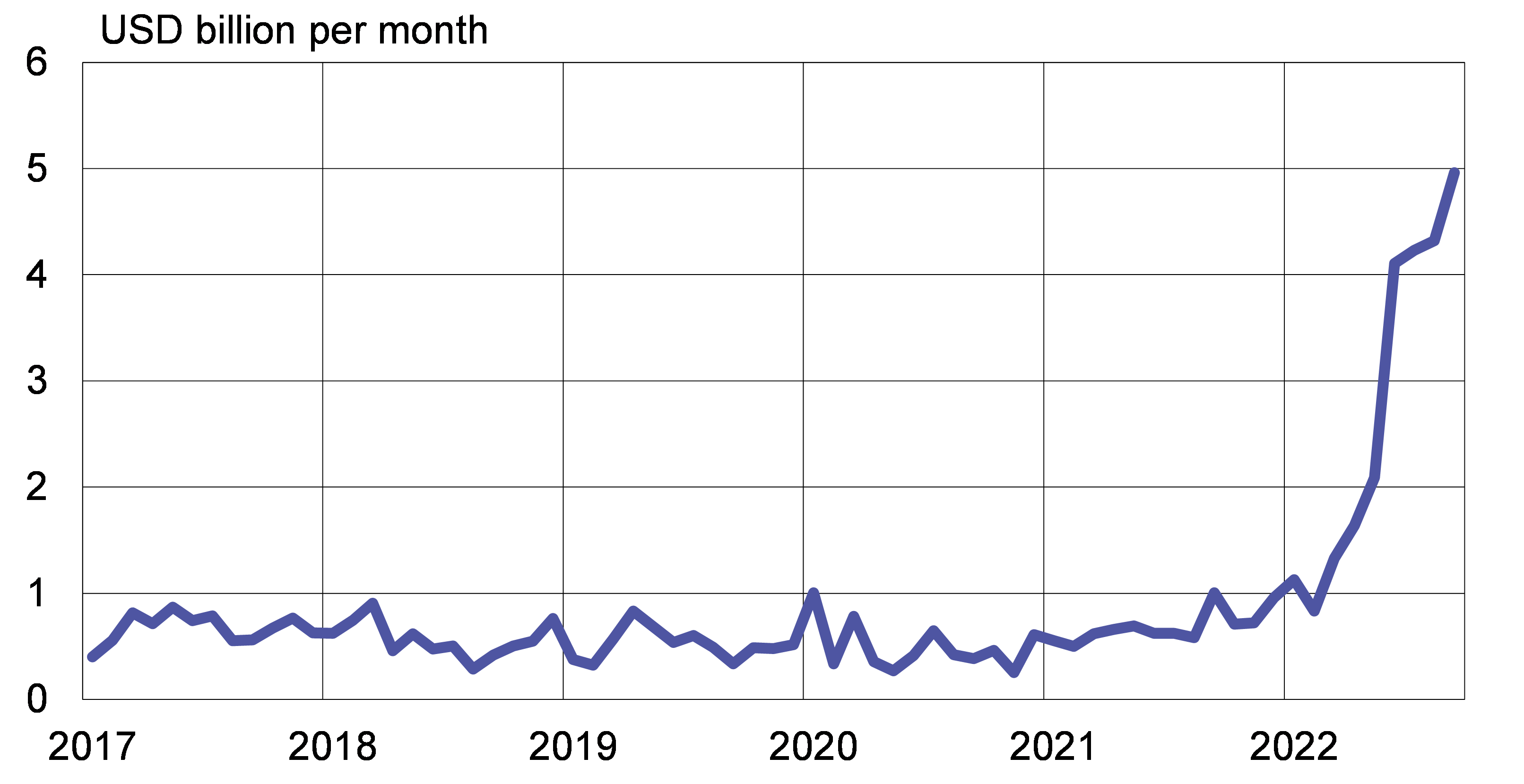