As in September, nominal federal budget revenues dwindled by about 4 % a year in October. Even though the price of Urals-blend crude oil was lower for the first time this year in September and October compared to a year earlier, oil & gas tax revenues were up notably. The rise in oil & gas revenues came from an extra mineral extraction tax collected from Gazprom. Without the additional payment, oil & gas tax revenues and total budget revenues dropped by about 20 % y-o-y. Gazprom has been ordered to pay the extra tax for a three-month period. The total sum corresponds to about 0.8 % of GDP.

The on-year rise in federal budget spending remained brisk in October, at over 25 % y-o-y. Unlike in previous years, the rise in spending has not been subject to formal limits as Russia has abandoned its fiscal rule for this year. The government has also been given new authority to increase spending this year without requiring legislative amendments to the budget.

The budget’s surplus has been reduced in recent months by the lower revenues and increased spending. For the past twelve months, the budget showed a deficit due to last December’s usual very large deficit. The 12-month deficit was in October to over 1 % of GDP, or slightly below the target set for this year.

Thanks to the budget surplus posted in January-October, the government had little cause to draw on the National Welfare Fund for funding this year. The government has actually set aside assets equal to nearly 2 % of GDP even without a fiscal rule in place. At the end of October, the assets of the Fund categorised liquid and on deposit with the Bank of Russia corresponded to nearly 6 % of GDP.

Reliance on the fund this year may be much less than planned earlier because the government has begun borrowing actively from the domestic market. The value of government bonds issued since mid-October corresponded to about 1 % of GDP. Over two-thirds of that has been issued over the past two weeks. Russia has apparently turned to the bond market to finance debt repayments coming due in December and December’s anticipated spending surge. 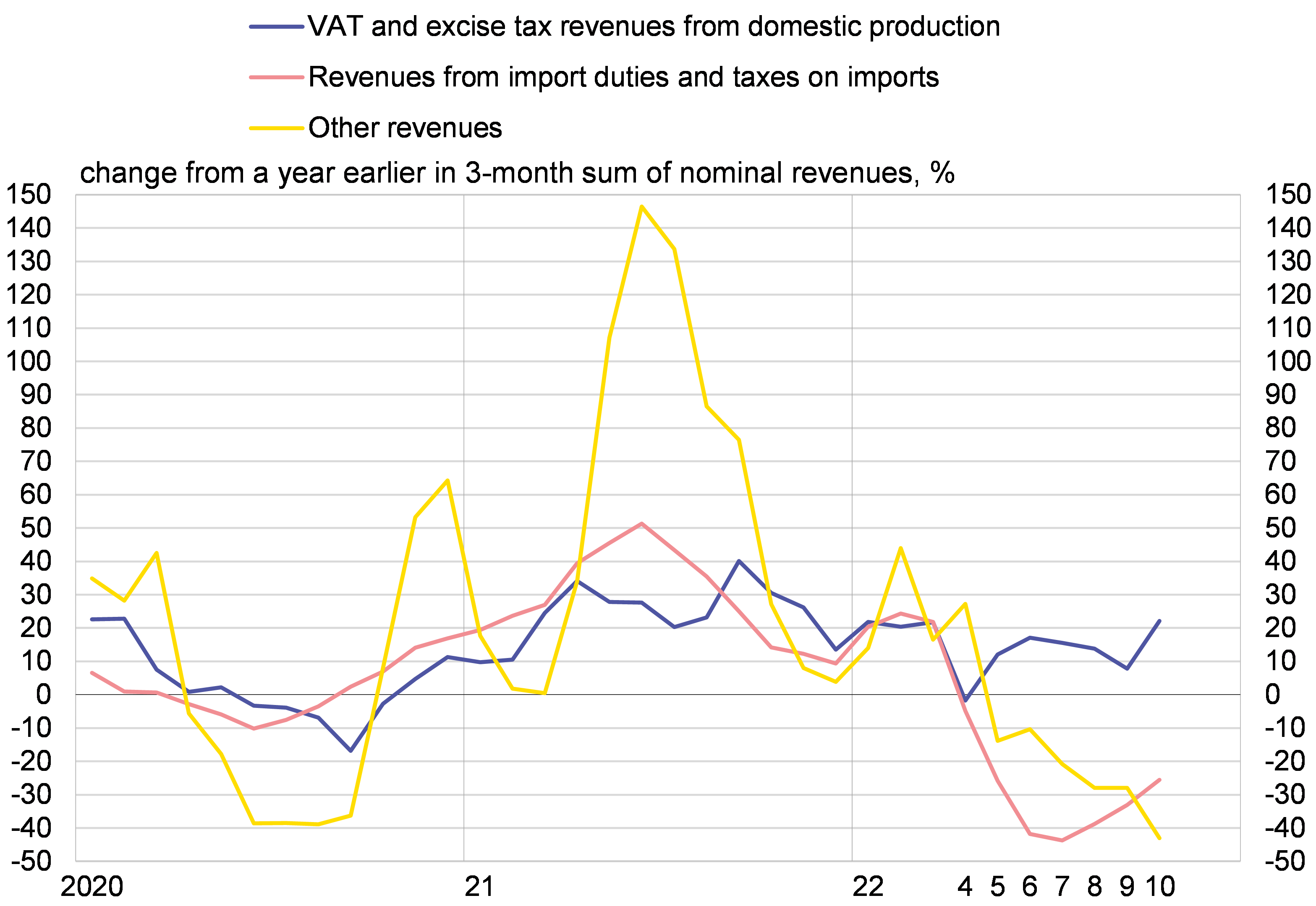