Preliminary balance-of-payments figures from the Central Bank of Russia show that earnings on exports of goods and services amounted to 153 billion dollars. The value of exports contracted from previous months. Falling oil prices, a sharp drop in natural gas export volumes, as well as the implementation of several EU import bans (e.g. timber and coal) reduced export revenues. The value of exports in the first nine months of this year was up by 21 % y-o-y.

The value of Russian imports of goods and services in July-September was 85 billion dollars. Imports recovered slightly from the previous quarter, but were still down by about 20 % from pre-invasion levels. Several factors contribute to the contraction in imports: Russia’s economy has gone into recession, many countries have imposed bans on exports to Russia, sanctions against Russia’s financial sector have limited international payment traffic and many foreign firms have pulled out of Russia altogether. In the first nine months of this year, the value of goods and services imports declined by 11 % y-o-y.

While Russia’s 3Q current account surplus was smaller than the all-time high of the previous quarter, it was still an eye-popping 52 billion dollars. The cumulative surplus for January-September was 198 billion dollars.

The financial account continued deeply on deficit, although the July-September deficit of 52 billion dollars was slightly smaller than in previous quarters. The deficit for January-September amounted to 195 billion dollars, the largest deficit since these figures were first published in 1994.

Russian current account surplus declined in the third quarter of this year, but was still huge 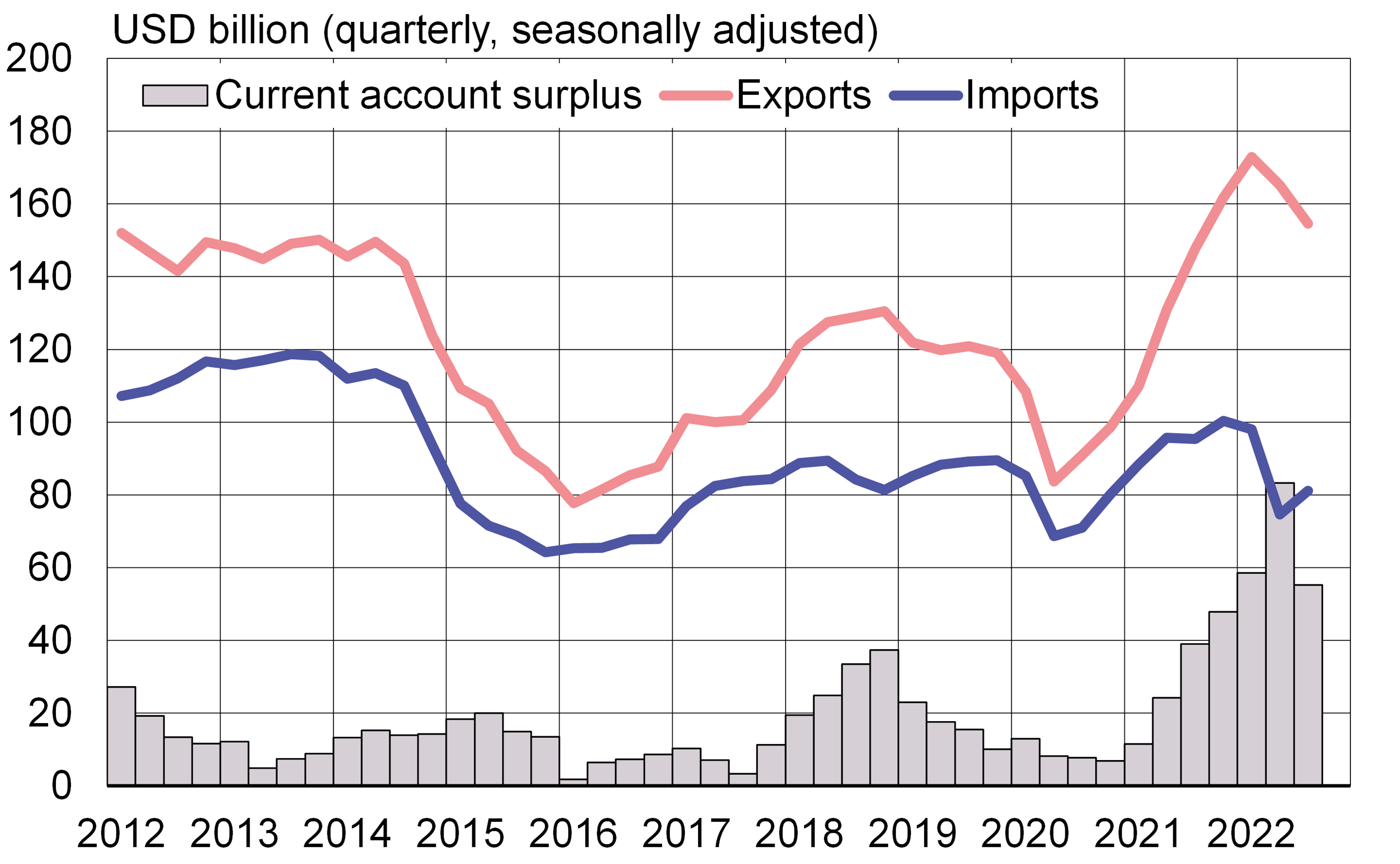