The IMF’s latest World Economic Outlook predicts that the world economy will grow by 3.2 % this year and 2.7 % in 2023. The updated forecast lowers the July 2023 global growth forecast by 0.2 percentage points. While economic effects of Russia’s invasion of Ukraine have been the biggest single factor in dragging down growth, the Fund also notes the impacts from significant monetary tightening in major economic blocs.

The IMF has raised its projections for Russia from its July forecast, and now expects Russian GDP to contract by only 3.4 % this year and 2.3 % next year. The IMF still expected last July that Russian GDP would shrink by about 9 % during the 2022‒2023 period. The Fund expects war to severely impair Russia’s long-term growth potential, with the Russian economy expected to grow by just 0.7‒0.8 % in 2026‒2027. In the October 2021 WEO, Russia’s long-term growth potential was still estimated at 1.8 % p.a.

Ukraine has suffered massive humanitarian and economic losses from the war. The IMF expects Ukraine’s GDP to fall by 35 % this year.

Trends in growth in nominal GDP per capita (purchasing power parity-adjusted, US dollars) has varied considerably across countries. German GDP per capita is expected to reach 63,850 dollars this year. Finnish GDP per capita should hit 58,650 dollars. 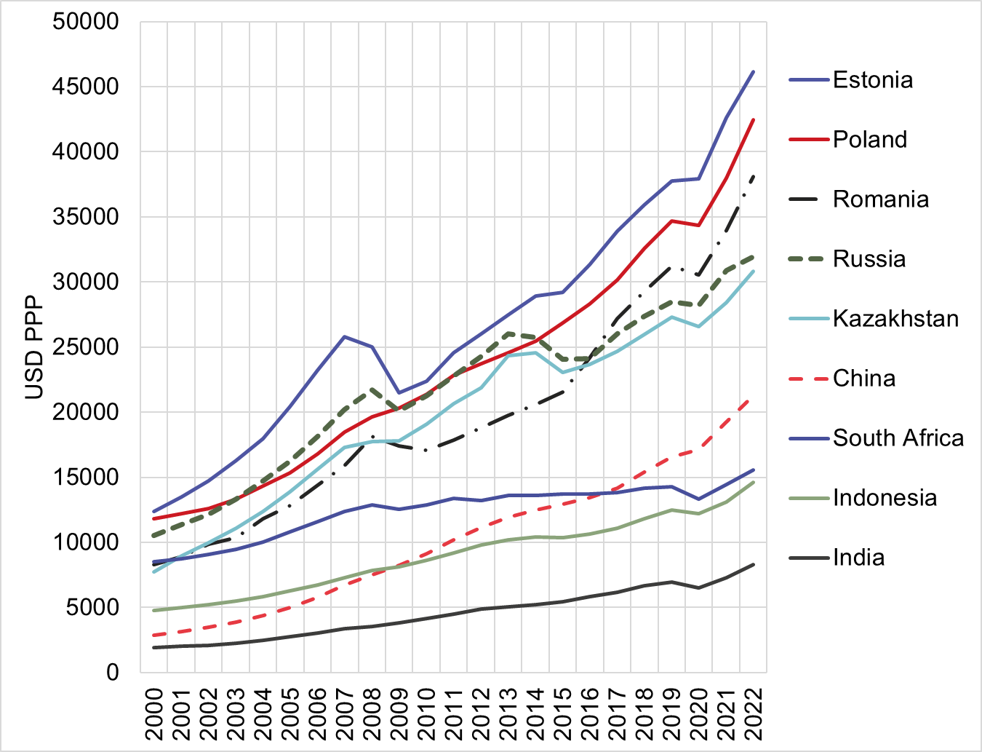