Nominal federal budget revenues were down by about 10 % y-o-y in August. Part of the revenue drop was cushioned from the July fall by a relatively small 3 % decline in oil & gas tax revenues. The price of Urals blend crude oil was about 9 % higher in July and August compared to a year earlier. The ruble-value of oil & gas tax revenues (almost entirely defined in dollars), however, saw a downward impact from the fact that the ruble was about 25 % higher on-year against the dollar. Oil sector production and exports have avoided a downward slide in recent months.

The decline in federal budget revenues other than from oil & gas taxes moderated in August to about 14 % y-o-y. The moderation, however, came completely from sharply higher value-added tax collections from domestic production. VAT gives a large revenue stream, but the monthly collections have varied very strongly this year. Even with a lower decline of revenues from taxes levied on imports, the rate of decline remained substantial. All other federal budget revenues were also deep down.

On-year growth in nominal federal budget expenditures was exceptionally slow in August. Growth for the January-August period was 20 % y-o-y. Calculating from available partial data, observers indicate that undisclosed federal budget spending rose sharply this year, suggesting an unavoidable increase in defence spending by as much as 50–70 %. In any case, the federal budget surplus for January-August was already quite small, and the last 12-month period saw a slight deficit.

Overall government sector budget expenditures rose in January-July by well over 20 % y-o-y. The rise accelerated notably in the second quarter as large amounts of supplemental spending from regional and local budgets went especially to supporting various economic sectors. Even if non-pension social spending rose sharply in the second quarter, the rise in total spending of state social funds cooled and considerably lagged inflation. 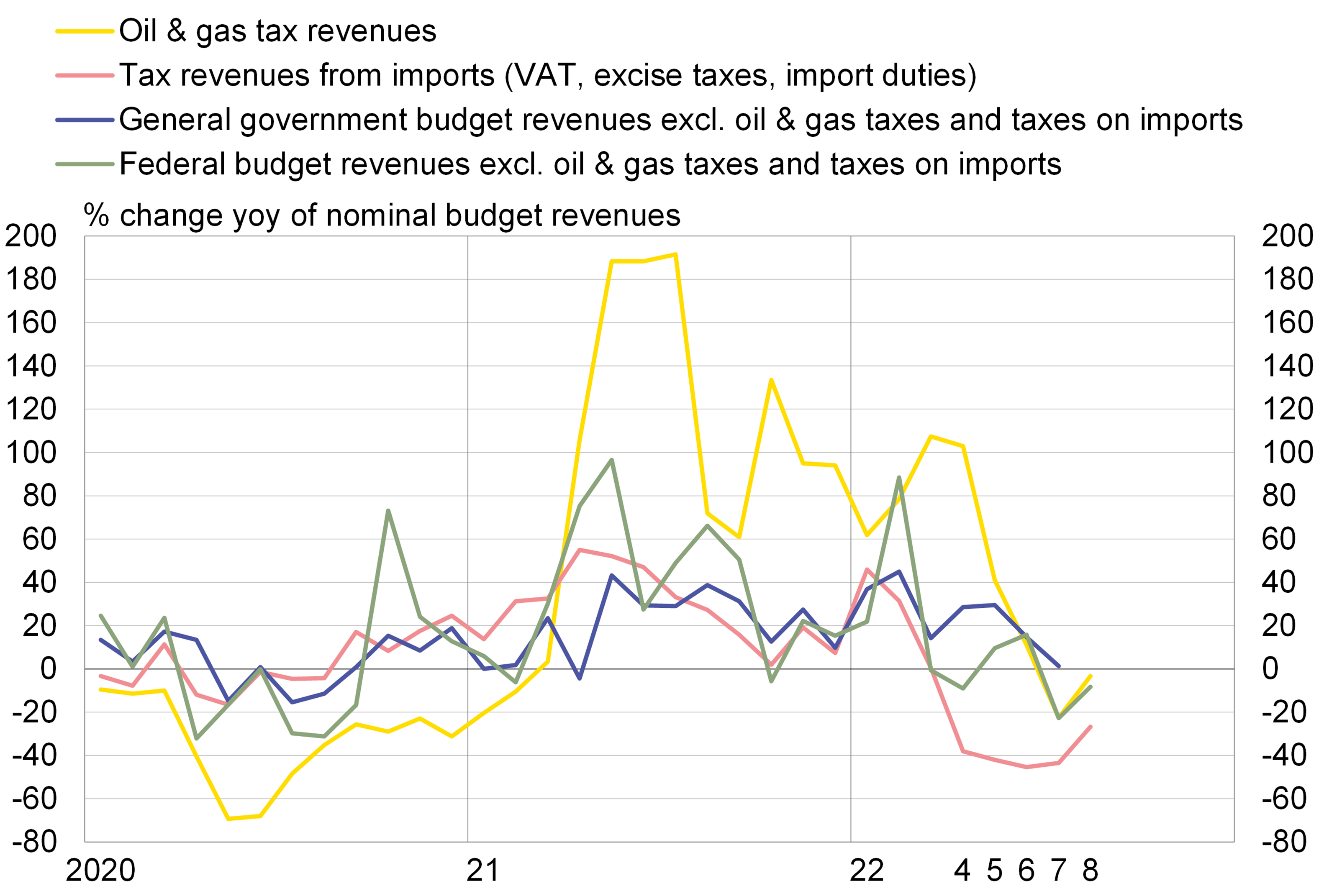