On September 2, Gazprom shut off all gas flow in the Nordstream 1 gas pipeline running along the bottom of the Baltic Sea from Russia to Germany. Gazprom said the reason for the shutdown was technical. Kremlin press secretary Dmitri Peskov said the gas cut-off was retaliation for Western sanctions. In any case, the shut-off surprised no one; Nordstream had operated at fluctuating capacity all summer.

Gazprom has been reducing its pipeline gas exports to the EU for about a year. The gas giant last spring began dragging its feet on replenishing its own gas storage facilities in Europe. In October 2021, Gazprom ceased selling its gas on spot markets, causing gas market prices to rise in Europe. Russia halted in April its gas transmission via the Yamal-Europe pipeline running through Poland. In May, gas flows via the Sokhranvika metering station on the Ukraine-Russia border were shut down due to war activity. With Nordstream 1 offline, only a small amount of Russian pipeline gas transmitted via Ukraine or Turkey presently reaches EU countries. According to a Gazprom press release, the company’s exports to the EU in January-July contracted by 50 % from the 2021 level. 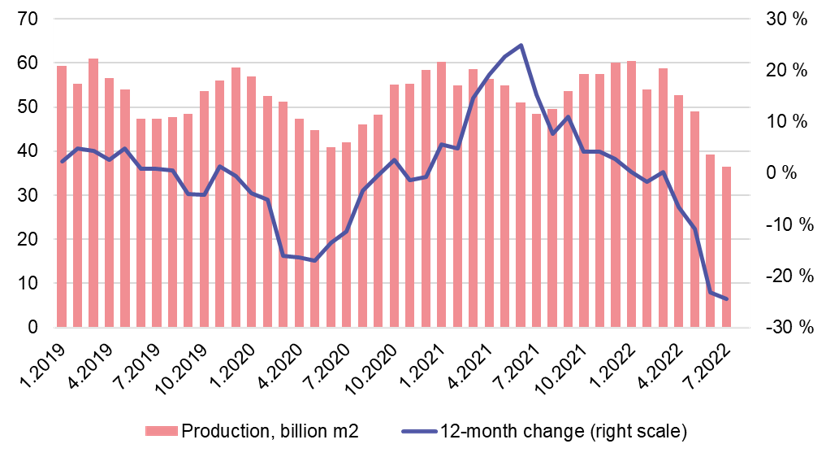