Preliminary figures from the Central Bank of Russia show an August current account surplus of 16.5 billion dollars. While surplus was smaller than in some previous months, it was still high compared to long-term average. The cumulative January-August surplus was about 180 billion dollars. Russia’s current account surplus has fluctuated wildly in recent months. This is likely due to the exceptional circumstances of war in Ukraine, but could also reflect data issues. In post-invasion months, Russian Customs ceased to release foreign trade data and the CBR has shifted to reporting a bare-bones version of balance-of-payments data.

A just-released BOFIT Policy Brief attempts to create a broad picture of Russian foreign trade in the first four months following the invasion of Ukraine. As Russia has ceased to release trade figures, the analysis draws on the mirror trade figures of Russia’s main trading partners. Russian imports contracted sharply after Russia attacked Ukraine, but recovered somewhat by June. Even so, the value of imports in June was still down by nearly 40 % from the pre-war level. Imports of technology products plunged dramatically. Export restrictions imposed by the EU, US and other countries have focused on exports of high-tech products to Russia.

On the other hand, Russian export revenues have risen after the invasion due to soaring commodity prices. As many EU import bans on Russian goods have transition periods, the impacts of such bans in the early months of the invasion were limited. For example, the ban on imports of Russian crude oil is set to enter into force this December, and the ban on imports of Russian petroleum products only takes effect in February 2023. The volume of Russian crude oil imported by EU countries has declined to some extent in recent months, but this has been offset by the increase in import volumes of China and India. 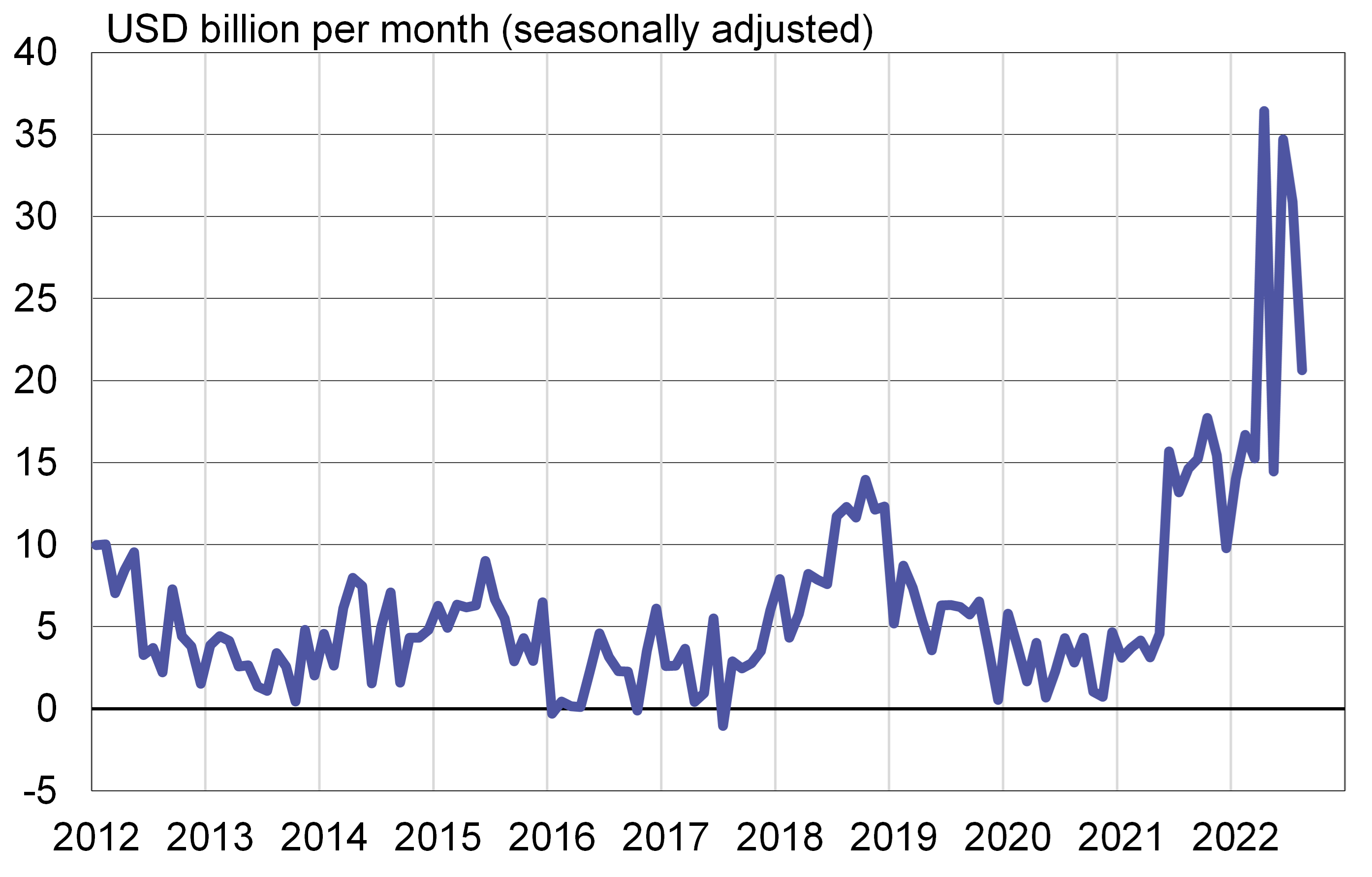