After covid infections spiked in the Hubei province surrounding Beijing in January, the government imposed strict lockdowns in several cities. Officials also urged people to avoid travel during the Lunar New Year holiday week. New reported infections declined in February and since then the infection rate has remained low and officials claim that most covid cases have been brought in from abroad. Over the past two weeks, official figures show an average of just over ten confirmed covid cases a day nationally – not much for a population of 1.4 billion.

It took a while for China to get in national vaccination mode, the pace of pace of vaccination has picked up substantially in recent weeks. The National Health Commission reports that only 5 million vaccine doses had been administered at the start of this year. As of Wednesday (Apr. 21), about 200 million people had received a covid shot, of which over 130 million had received their shots during the first three weeks of April. While the official goal is to vaccinate 560 million people by the end of June, the current average pace of 4 million doses a day is still insufficient to meet that goal. Because China was slow to get underway with its vaccination programme and the Chinese are suspicious of vaccines, the country has vaccinated a much smaller share of its population than e.g. Finland.

The four covid vaccines approved for use in China are all domestically produced. CoronaVac is an inactivated virus vaccine developed by Sinovac Biotech. The single-dose Convidecia vaccine from CanSino Biologics is a viral vector vaccine for which an nasal-spray version is under development. Sinopharm’s two inactivated virus covid vaccines work similarly to CoronaVac. None of the Chinese vaccines have demonstrated the same immunogenicity as vaccines approved in the West. However, Chinese officials have yet to approve a single foreign-developed covid vaccine.

Dozens of countries, particularly emerging economies, have agreed to buy Chinese vaccines. They include such countries as Brazil, Indonesia, Mexico, Serbia, Turkey and Hungary. China has also given small quantities of vaccine to numerous low-income and developing countries. The Chinese hope these gifts improve foreign relations and burnish China’s image internationally. In addition to exports of Chinese covid vaccines, AstraZeneca’s vaccine is being produced in China among many other countries, while the Russians just agreed to start producing Sputnik vaccine in China. China’s vaccine exports have soared this year. In March 2021, the value of China’s vaccine exports was $920 million, or roughly the value of all Chinese vaccine exports between 2005 and 2020. As a special gesture in March, China made it easier for foreigners vaccinated with a Chinese covid vaccine to get a visa. According to media reports, China has been in April granting the same eased visa requirements for all persons who have received a covid vaccine. 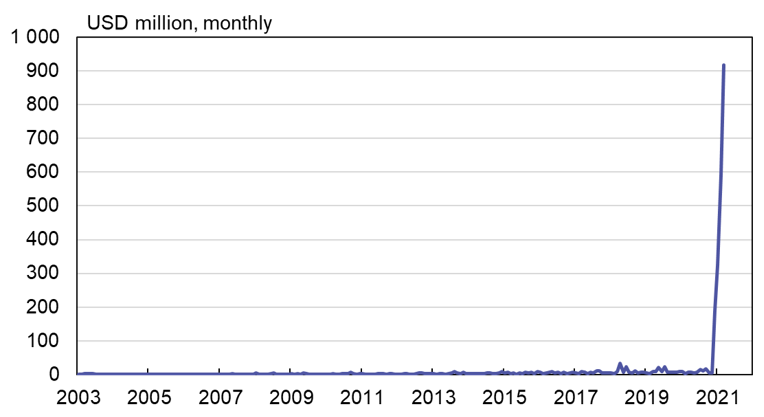