On February 12, the CBR decided to keep the key rate unchanged at 4.25 %. The decision was in line with the expectations of market analysts. The CBR’s key rate has remained unchanged since July 2020.

Consumer prices rose by 5.2 % in January, slightly faster than the CBR’s forecast. Inflation picked up due to such factors as supply-side shocks to the economy from the covid crisis, spikes in certain food prices (BOFIT Weekly 51/2020) and rising inflation expectations on the part of households and corporations. Prices have also been rising due to the ruble’s depreciation since last summer.

Under the updated guidance, the CBR will return gradually from the current accommodative stance to neutral monetary policy (key rate in the range of 5–6 %). CBR governor Elvira Nabiullina noted, however, that monetary policy will remain accommodative on average through this year. Although the Russian economy contracted less than forecast last year (BOFIT Weekly 5/2021), the CBR’s growth forecast of the economy remains unchanged. The forecast sees GDP growth of 3–4 % this year, 2.5–3.5 % in 2022 and 2–3 % in 2023. 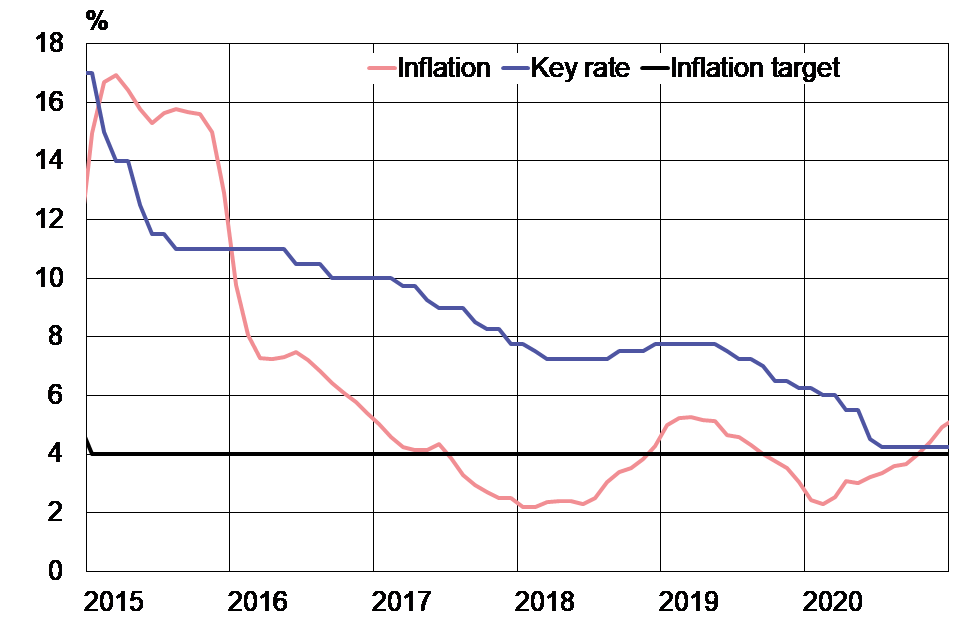