Fixed investment was down by about 4 % y-o-y for the first nine months of this year. Rosstat only gathers within-year data for large and mid-sized firms as well as government sector investment, which together represent about three-quarters of total fixed investment, and estimates the rest. Fixed investment for the monitored category declined by less than 2 % y-o-y in January-September. Thus, Rosstat estimates that the covid pandemic and depression of the economy pressed down other fixed investment by about one tenth.

Investment outlook is uncertain for the coming months. Rosstat monitoring finds that industrial capacity use is at its lowest level in ten years. The Central Bank of Russia notes that investment outlook might be weak as so far investors have had limited possibilities t0 change their ongoing investment programmes. 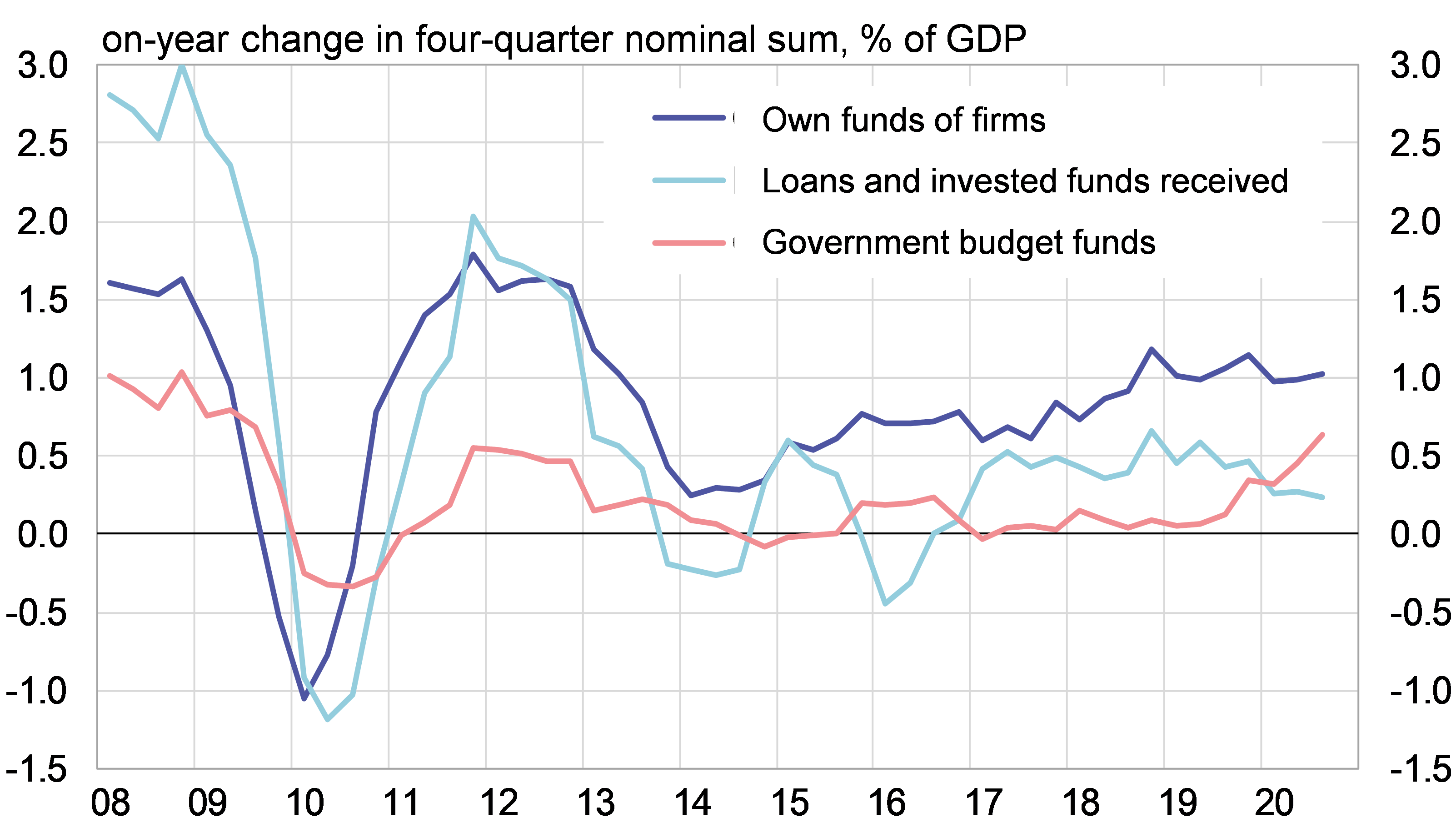