As in earlier economic crises, the Russian labour market has adjusted through channels other than higher unemployment. The average monthly wage in the spring contracted sharply for a brief period. In various surveys up to 40 % of respondents reported that their wages had been reduced. The number of hours worked also fell sharply last spring as many workers were put on involuntary holiday or saw their working hours reduced.

The covid pandemic is also reflected in the grey labour market and in migrant labour, even if the exact impacts are difficult to determine. Rosstat estimates that the number of people working in the informal labour market declined sharply last spring. Covid has particularly affected the service sector, where grey labour is more common. It is easy for an employer to sack informal workers. On the other hand, there are signs that some workers have sought out jobs in the informal sector in order to make money while drawing unemployment benefits. A large part of Russia’s migrant labour force (possibly as much as 40 % in Moscow) appear to have lost their jobs last spring and some of them returned to their home countries. Covid restrictions have caused the number of migrant workers entering Russia to decline sharply this year. There are indications that this has caused even labour shortages this autumn in certain regions and branches. 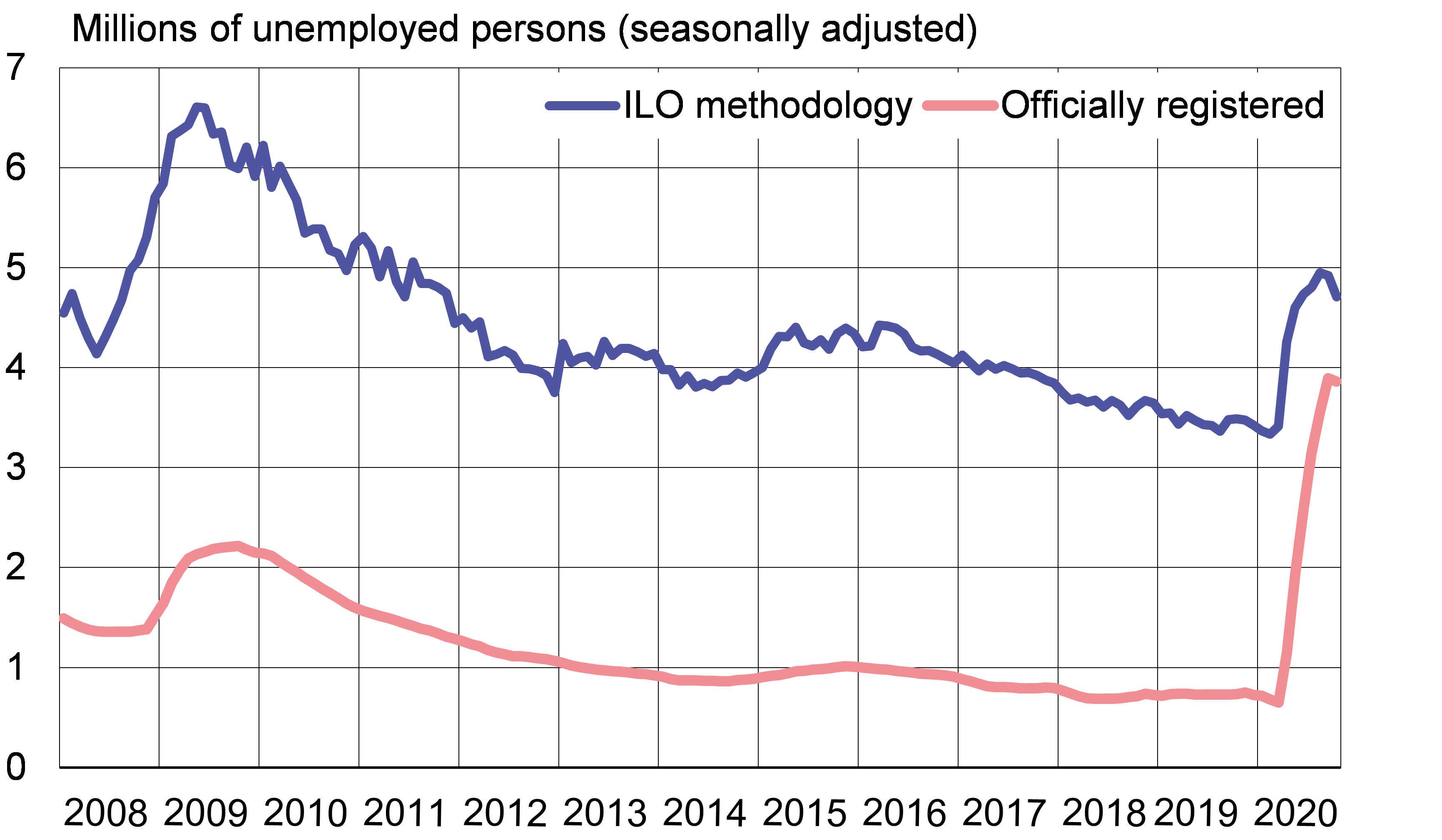