During late August and early September, the American Chamber of Commerce in South China conducted a survey of 178 firms operating in the region. Nearly 40 % of American firms said that they expected to reduce capital investment in the second half of this year, while nearly 20 % expected to increase investment. In June and July, the American Chamber of Commerce in Shanghai conducted its own survey of 346 US firms operating in China. AmCham Shanghai reports that the number of companies planning it increase investment in China has dropped significantly from a year ago. Firms would like to disperse production and suppliers to reduce the risk of damage from any further escalation of the US-China trade war. This trend was reinforced by the covid-19 epidemic, which has exposed major structural problems in concentrating supply chains too much in one country. Nevertheless, over 90 % of companies responding to the survey said that they would like to remain in China. Only very few said that they were ready to completely abandon China. Similar trends are also found in surveys of European firms operating in China.

Both Japan and South Korea have actively sought to encourage their companies to leave China. Japan is supporting such companies with a 2.3 billion dollar package to cover the costs of reform of production chains and repatriating production from China to Japan or moving production elsewhere is Southeast Asia. These measures are a response to the sudden breakdown of international production chains last spring. The Japanese Chamber of Commerce and Industry in China surveyed 942 Japanese firms operating in China during late June and early July. The survey found that Japanese firms were concerned about being swept up in US-China trade and technology disputes. Uncertainty facing Japanese firms was further accentuated by e.g. China’s new list of “unreliable” firms. The lack of transparency has also made firms cautious.

South Korea is encouraging its firms to repatriate from China as a way of supporting the domestic economy and promoting recovery from the covid-19 crisis. Returning firms receive tax breaks, subsidies, as well as funding for R&D and product development, especially in fields that benefit from increased factory automation based on robots and artificial intelligence. However, Financial Times reports that a survey by KBIZ, an organisation representing the interests of small and medium-sized Korean companies, found that Korean firms were generally unwilling to abandon China. The survey, based on responses from 200 firms operating in China and Vietnam, found that just 8 % of firms wanted to move their operations back to South Korea. Last year, foreign direct investment outflows from South Korea were nearly five times larger than FDI inflows to South Korea. Not even US and Chinese protectionist measures could intimidate South Korean firms into pulling out of China. Firms explained that their desire to remain in China reflected such factors as lower wage levels and China’s vast market. Companies were reluctant to sacrifice such potential for a few tax breaks. 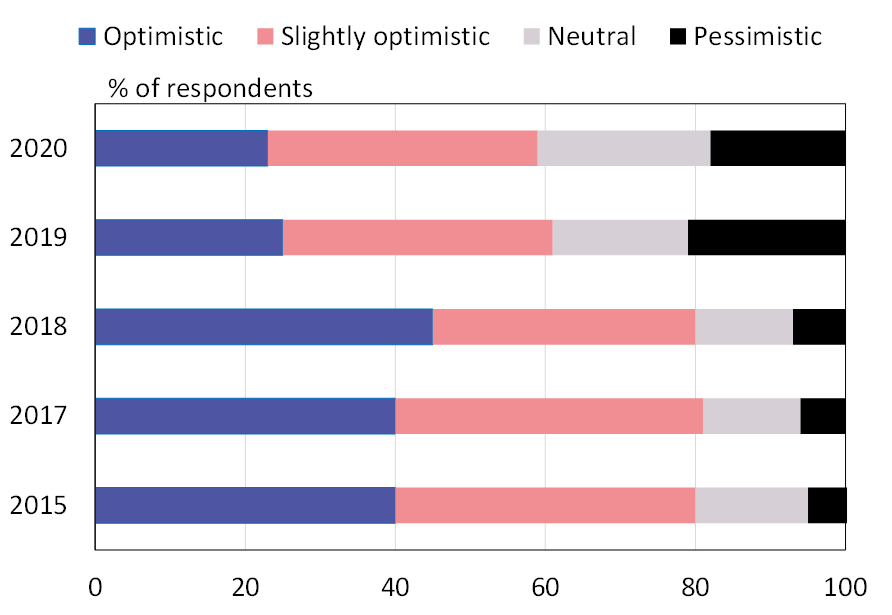