Global oil prices continued to slump in the wake of their March 9 collapse. The export price of Urals-grade crude averaged $21 a barrel this week, meaning that the Urals price is down 34 % after the March collapse and 67 % since the start of the year.

Oil prices face both demand and supply pressures. The coronavirus pandemic has depressed oil demand around the world, while excess supply issues have been triggered by an impasse among OPEC+ countries on renewing a voluntary agreement on production ceilings. If the coronavirus pandemic worsens or the large producer countries in OPEC+ fail to agree on production caps, oil prices can remain at their current levels or fall even further. In Russia’s case, this situation would show up as below-forecast economic growth.

At its regular meeting on March 20, the CBR board decided to keep its key rate at 6 % as expected by market analysts. Among other things, the CBR noted the differing effects of the decline in oil prices and the depreciation in ruble with respect to inflationary pressures. In addition to holding the key rate unchanged, the CBR approved support measures to households, small and medium-sized firms and financial institutions. The CBR noted that inflation could temporarily exceed its 4 % inflation target this year, but expects inflation to return to the target level next year. 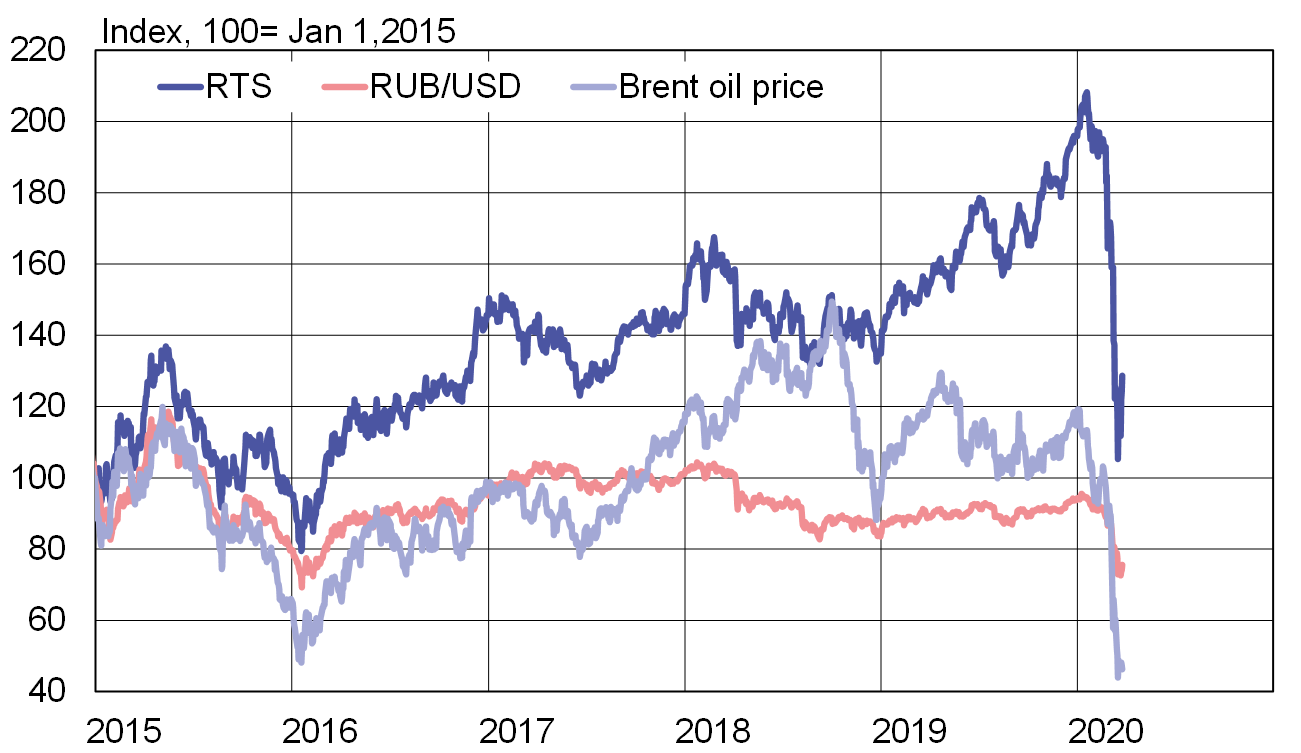