Sales figures for China’s automobile industry indicate that passenger car sales in the third quarter declined compared to a year earlier. Sales were down by 12 % y-o-y in September. At the same time, profits of car manufacturers has also fallen sharply.

China is the world’s largest car market. Sales currently are running at about 25 million new cars a year. Sales in the number-two US are about 17 million cars a year. Chinese sales growth has been sluggish this year, however, with total sales over the past twelve months in September on par with a year earlier. Foreign makes, which are mainly produced and assembled in China, account for 60 % of domestic car sales.

Car production growth also has plateaued. Some 25 million cars are manufactured in China each year, with about 700,000 vehicles exported. China imports about 1 million cars a year. 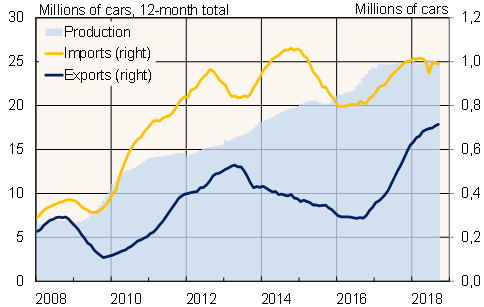