Many economists do not take China's official GDP growth figures at face value due to their uncanny consistency and failure to reflect business cycles, especially when other key indicators exhibit large movements. One of the most striking aspects is that significant slowdown in fixed asset investment (FAI) does not seem to have affected the GDP growth rate although investment is a major part of the aggregate demand. 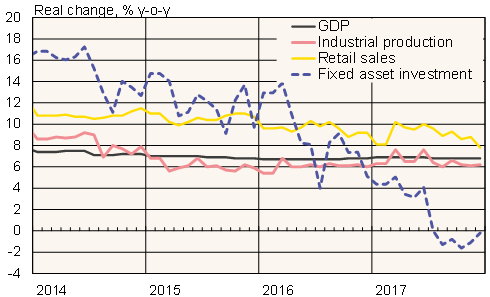