Looking at core sectors of the economy, on-year contractions in real investment in the industrial and construction sectors have been registered every month this year. The sharpest drop has been in investment in extractive industries. Investment in the service sector, in contrast, continued to rise, but growth has slowed significantly and investment in retail and wholesale has been shrinking. Some observers believe the weak investment trend may reflect company efforts to reduce debt. People's Bank of China figures, however, show that indebtedness continues to soar. 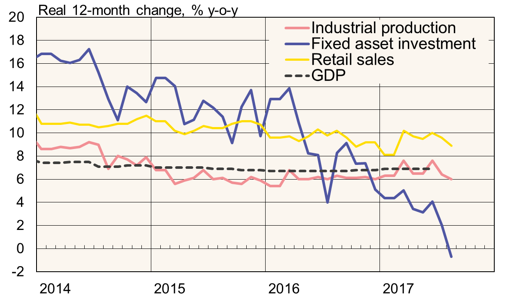