The Stockholm International Peace Research Institute (SIPRI) estimates that the volume of Russian arms exports increased by 16 % last year. Much of that growth came from exports to Algeria and Vietnam, which have become Russia's top arms exports markets after India. The volume of exports, however, was still well below the peak years of 2011 and 2012. For the past years, SIPRI has ranked Russia as the world's second largest arms exporter after the United States, with about a 20 % share. 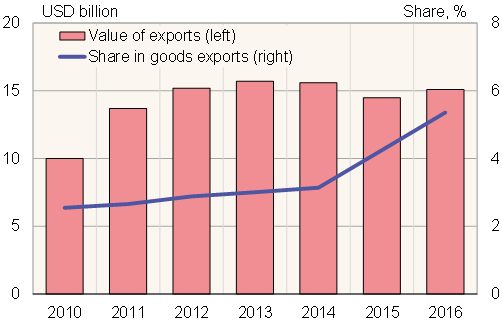