In terms of numbers, the explosion of patent activity in China would seem to imply an impressive boom in innovation. However, the quality and relevance of Chinese patent filings are often quite modest relative to those of advanced economies. The OECD reports that the growth in the number of patent applications has largely been driven by state subsidy rules, which favour large state-owned enterprises and high-tech firms. The benefits of Chinese patents are usually rather low, and the share of genuine inventions represents only a miniscule share of patent applications and thus have little impact on productivity in China. 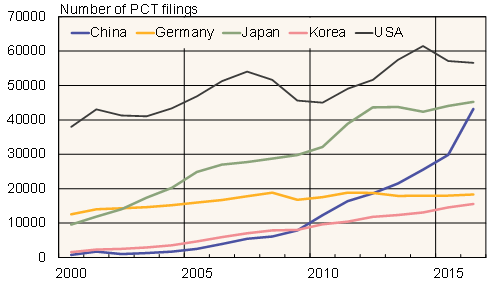