China's economic growth seems to remain strong, but the growth is if anything slowing down. However, several statistical issues make it hard to give a proper appraisal of the current conditions. Official figures show unusually steady GDP growth in recent years that seem to more reflect official growth target than actual trends. Numerous other indicators suggest that China's actual growth has occasionally been significantly lower than reported, especially since 2014. There is also reason to suspect that the statistical fraud recently revealed in the Liaoning province is not an isolated incident. 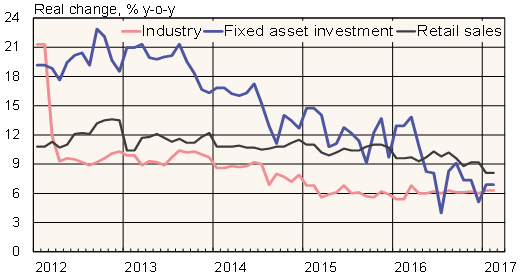