Newfigures from Finnish Customs show the value of Finland's goods exports to China rose by 5 % last year to €2.7 billion. Imports from China increased by 1 % to €4.1 billion. Finland's trade deficit with China shrank from 2015 to €1.4 billion. 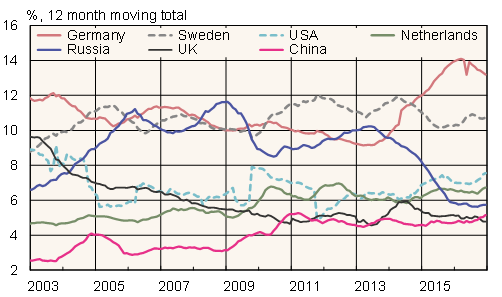