The debate about the future of the Economic and Monetary Union entails a careful examination of the costs and benefits of the European single currency. The column by Nauro Campos, Jarko Fidrmuc and Iikka Korhonen takes stock of the empirical evidence on the euro's effects on business cycle synchronisation. The authors find that synchronisation across European countries increased by 50% after 1999 (the year the euro was introduced) and that this increase was more pronounced in euro area countries. 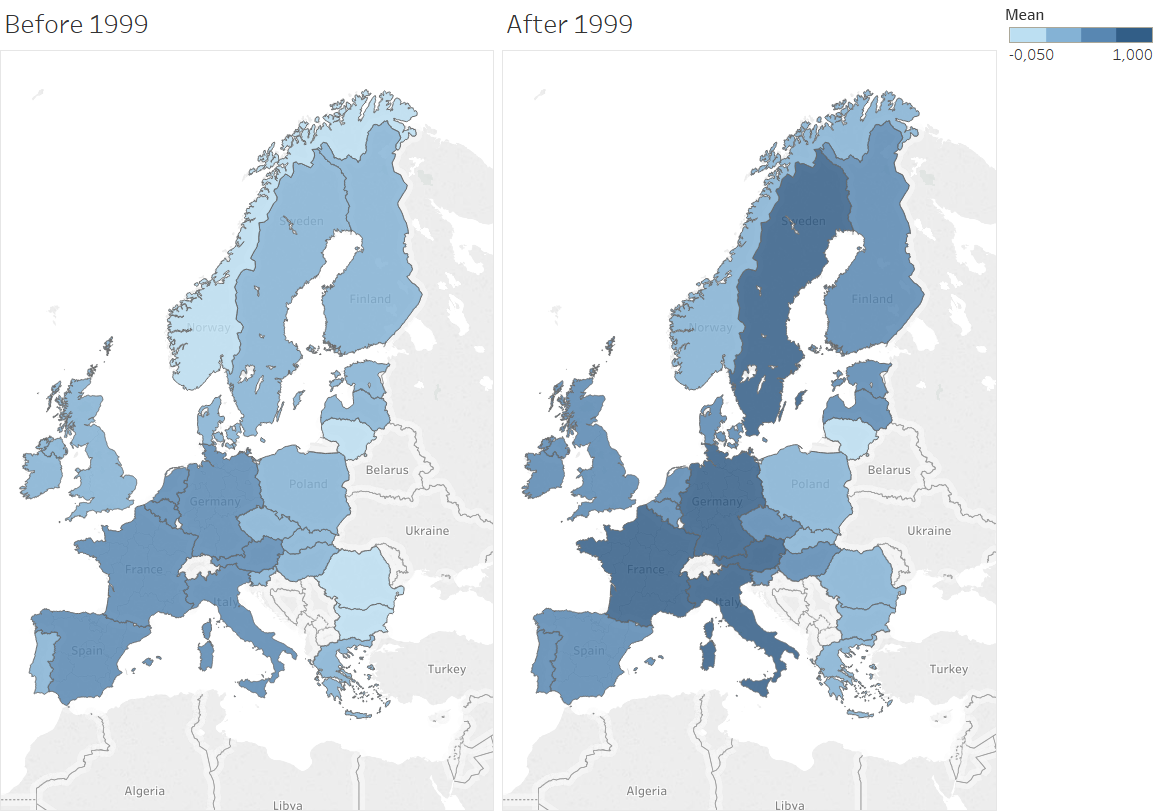