On December 16, the CBR decided to keep the key rate at 7.5 %. The decision was generally expected by market analysts.

Inflation peaked in Russia this year in April in the wake of the invasion of Ukraine. While on-year inflation has since slowed, November consumer prices were still up by 12 % y-o-y. Food prices were up by 11 % y-o-y, non-food goods by 13 % and services by 11 %. Among specific product groups, the largest price hikes were registered in foreign travel (up 67 %), detergents and cleaning agents (31 %), insurance (29 %), sugar (22 %) and pasta (21 %). Inflation expectations of firms and households remained elevated.

The CBR noted the inflation risks coming from Western economic and financial sanctions, as well as the risk of further tightening of sanctions. Declining import affects production and reduces supply, especially if the industry’s production relies on foreign technologies or other inputs subject to sanctions. Employment is currently high, which could create pressure to raise salaries and drive up inflation. On the other hand, the savings rate of households is also high, which could reduce household spending and inflationary pressures. The CBR currently expects 12-month inflation to slow to a range of 5‒7 % in 2023 and reach the central bank’s 4 % inflation target during 2024.

With inflation dropping, the CBR decided to keep its key rate unchanged at 7.5 % 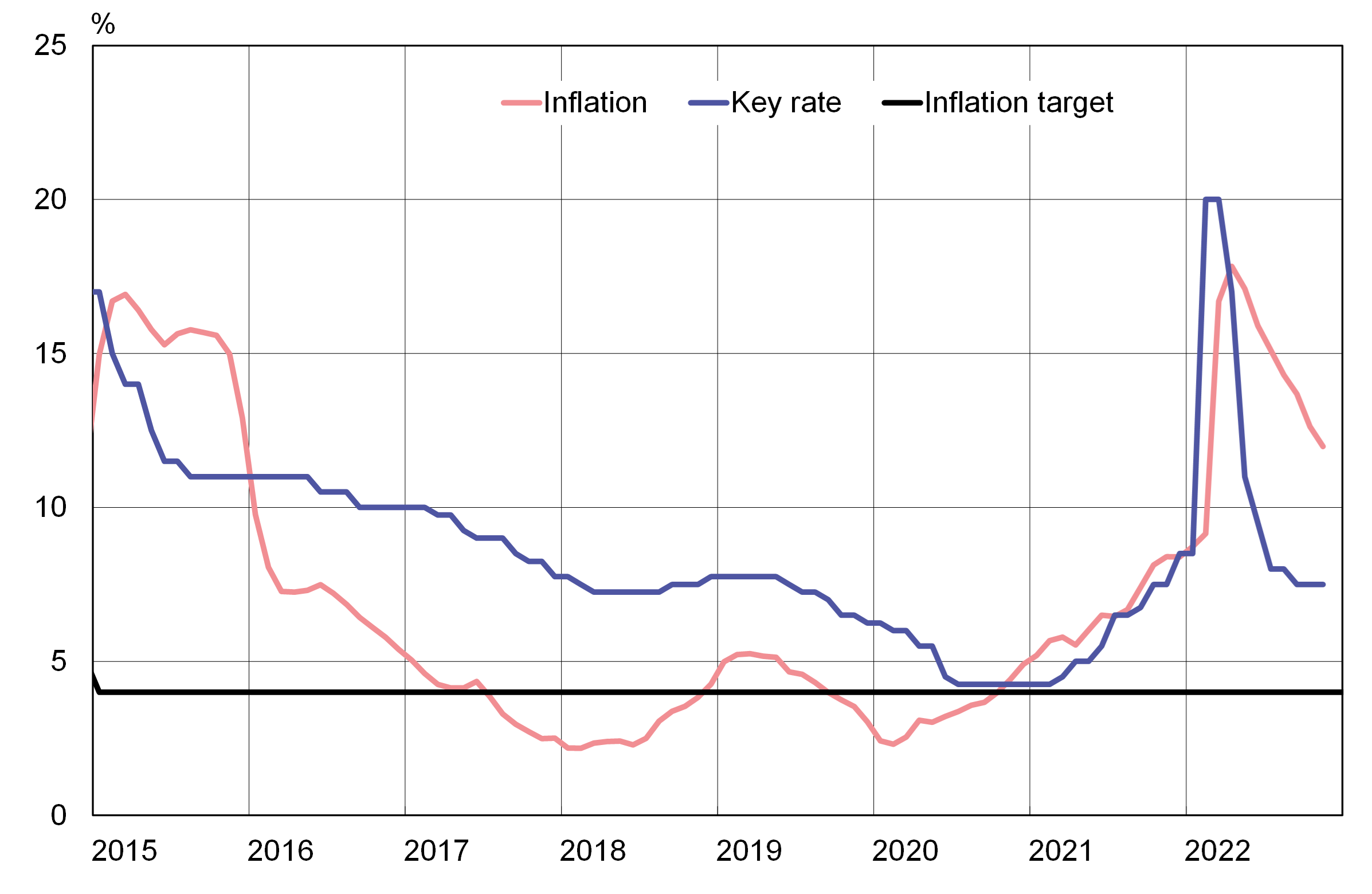