The value of Finland’s imports from Russia has also fallen by about half in recent months from pre-invasion levels. Measured by volume, many crucial import goods such as crude oil and petroleum products has contracted even more, but the value of such imports has been sustained by high prices. Indeed, the value of Finland’s imports from Russia was up in January-June by 24 % y-o-y. Russia accounted for 7 % of Finnish goods imports in March-June.

Some of the sanctions now in force had yet to enter into force in June. For example, the restrictions on imports of timber and wood products only entered into force in July and the ban on coal only in August. The import ban on crude oil enters into force in December, while the ban on importing petroleum products is set for February 2023. 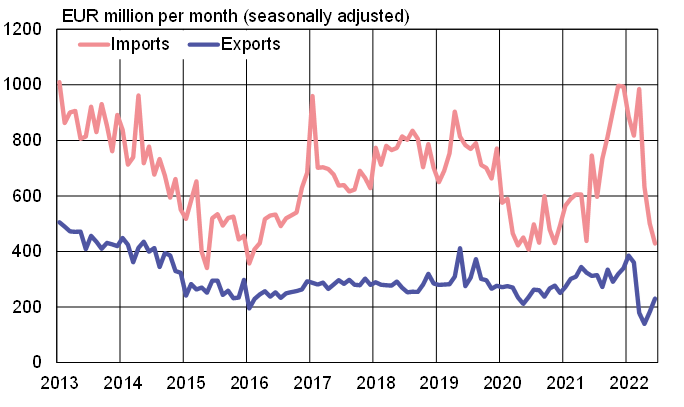