Preliminary figures released by Finnish Customs show that Finland’s goods exports to Russia fell by 58 % y-o-y in April. Lower demand, EU export restrictions and voluntary withdrawals from the Russian market by Finnish firms led to a decrease in exports. The declines in exports registered in April occurred across-the-board, affecting nearly all goods categories. For example, the value of exports in the machinery & equipment category fell by 83 % y-o-y, while the value of exports of electrical devices was down by 91 %. An exception was the increase in exports of copper matte, a less refined form of copper. Copper matte accounted for nearly 60 % of exports. The value of Finnish goods exports to Russia in April was just 140 million euros, its lowest level in over two decades.

Total volume of EU goods exports to Russia contracted by 52 % y-o-y in March. In contrast, the total value of EU goods imports from Russia doubled in March due to high global commodity prices. 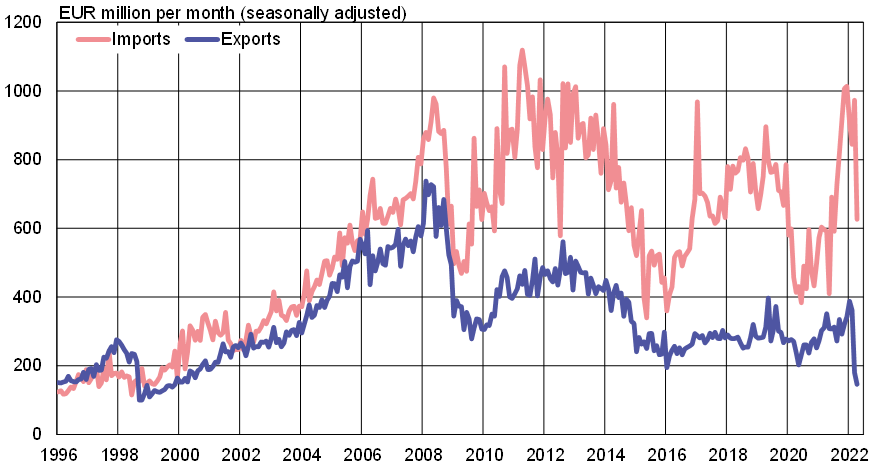