With the recovery in demand, Russia’s imports of goods have quickly rebounded from last spring’s nadir. The value of imports in September was only 3 % less than a year earlier. The strongest import category has been machinery & equipment, which was up 9 % y-o-y in September. Imports of food and textiles were also up slightly. While import trends vary, Russia has reduced its imports from most countries this year. However, among Russia's larger trading partners, imports from China and Turkey have grown slightly. Regarding minor trading partners, Russia's imports from e.g. Iran have increased strongly in latest months.

While the value of Russian goods exports has gradually increased from spring lows thanks to rising oil prices, it was still down by 14 % y-o-y in September. In contrast, the volume of oil exports has declined in recent months after a more favourable development in the spring. The volume of crude oil exports contracted by 23 % in the third quarter, while exports of petroleum products were down by 5 % y-o-y. Russia’s crude oil export volumes have not been this low since 2014. The volume of crude oil exports contracted by 10 % y-o-y in the first nine months of this year, while exports of petroleum products grew by 2 %. In recent months, the volumes of natural gas exports have begun to rise, led by exports of liquefied natural gas (LNG). In the January-September period, however, natural gas exports still contracted in annual terms due to the weak development of pipeline gas exports. 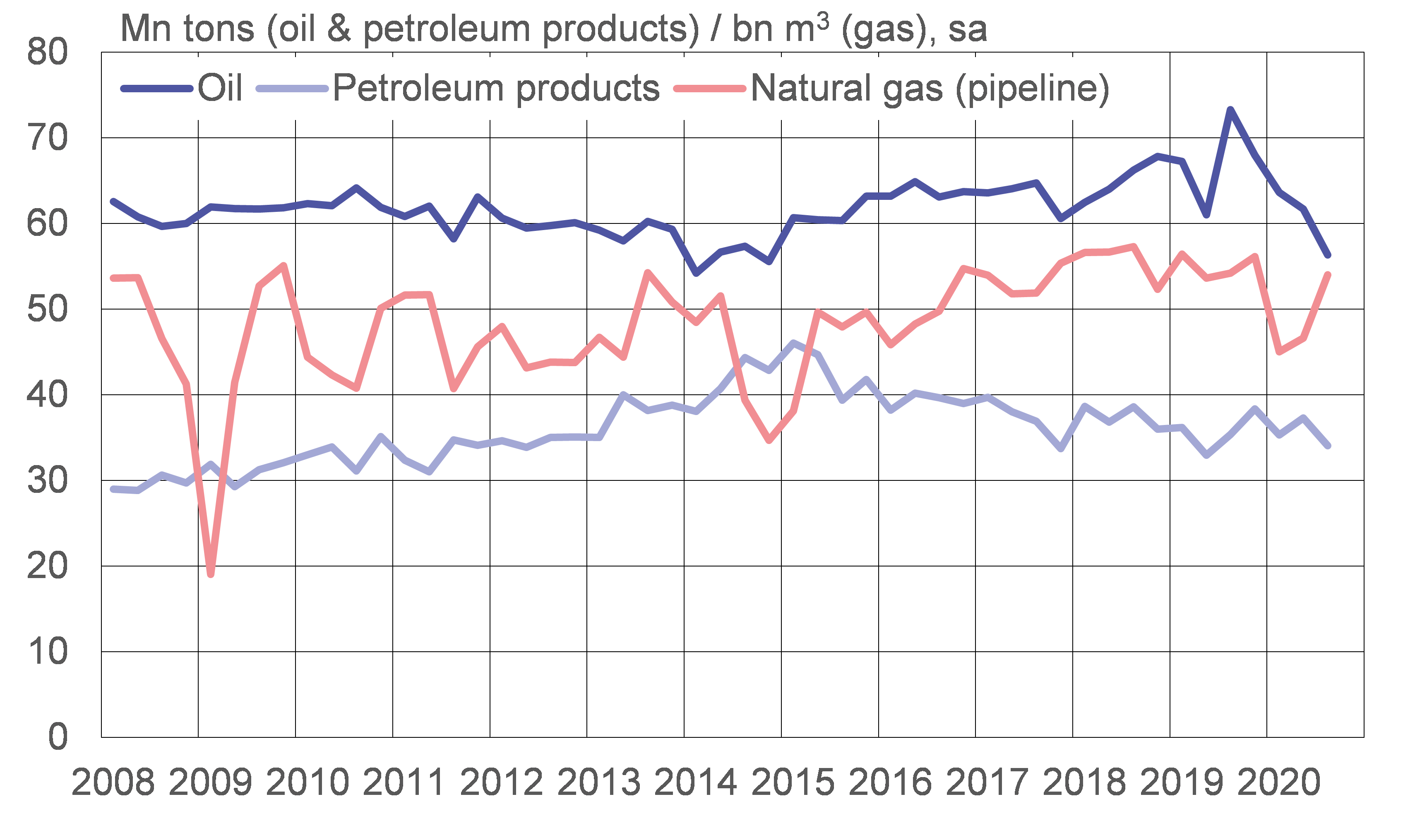