Finnish Customs reports that in the first half of 2019 the value of goods exports from Finland to Russia (1.8 billion euros) increased by 10 % and the value of goods imported from Russia to Finland (4.5 billion euros) was down by 1 % compared to the first half of 2018. However, a significant share of export revenues this year have derived from one-time gas pipeline deliveries to the Nordstream 2 pipeline that spans the Baltic Sea. Other exports declined slightly.

The total value of the goods flow from Finland to Russia remains at about half of its level prior to the start of the global financial crisis in 2008. Over the past decade, Russia’s share of Finnish exports has dropped from 11 % to 5 %. 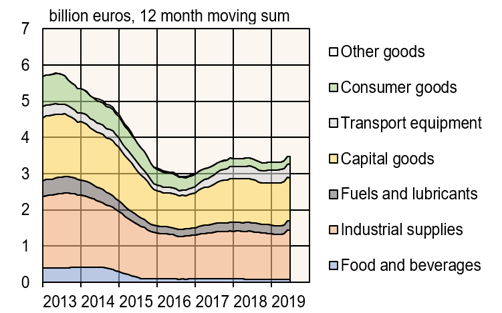