The Central Bank of Russia notes that its operative monetary policy goal is to hold interbank money market overnight rates near its own key rate. To achieve this, the CBR has absorbed bank liquidity after liquidity in banks has increased over the past couple of years. For over a year the CBR has relied mainly on deposit auctions to soak up excess liquidity, but also on issuing its own debt securities especially from last spring onwards.

The CBR, based on its own economic forecast and the finance ministry’s budget forecast, expects good bank liquidity in the next three years. It also plans to continue with its liquidity absorption operations.

The CBR notes bank liquidity will be partly supported by the CBR’s forex purchases on Russia’s domestic currency markets. The CBR makes the purchases using its discretion based on the finance ministry’s long-standing order for steady forex supplies. The ministry wants to convert extra oil tax earnings from the relatively high oil price into forex. The CBR underlines that in its liquidity forecast the assumption about its forex purchases in no way signals any decision to resume forex buying, which it earlier suspended for the September-December period. 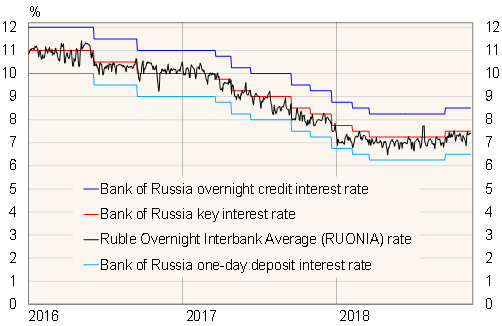