Risen commodity prices, among other things, resulted higher import prices from a year ago. September prices were up by 9 % y-o-y. September price inflation for exports was 3 %. Goods import volumes rose by about 11 % in the first nine months of the year, while the volume of goods exports was up by about 8 %. 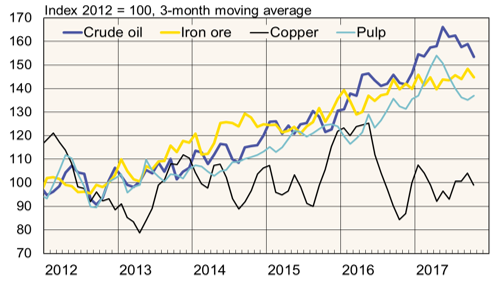