Household spending on goods and services fell by 7 % y-o-y in real terms in the second and third quarters. Household purchasing power has been reduced by the spike in inflation that followed immediately from Russia’s invasion of Ukraine. Consumption has notably been affected more than just the drop in real household income, which deepened as late as in the third quarter and just to 3.4 % y-o-y. As in previous recessions such as the covid recession of 2020, the drop in consumption partly reflects a significant shift to increased saving in households.

Retail sales of food items, however, have only declined by a couple percent. In the main food sales categories, the clearest drops have been seen in fish and dairy products, while sales of meat products have remained largely unchanged. Sales of alcoholic spirits continued to rise and were up by over 7 % y-o-y in the first nine months of this year.

In contrast, retail sales of non-food goods were down by about 15 % y-o-y in the second and third quarters. Along with the collapse in sales of passenger cars, there have also been sizeable drops in sales of household appliances and mobile phones but also construction materials and clothing. The sale of medicines continued to increase, albeit considerably slower than in the early months of this year.

Household purchases of services have held up relatively well, although their growth has slowed. Sales in services provided to households mainly by companies averaged real on-year growth of less than 1 % in the second and third quarters. 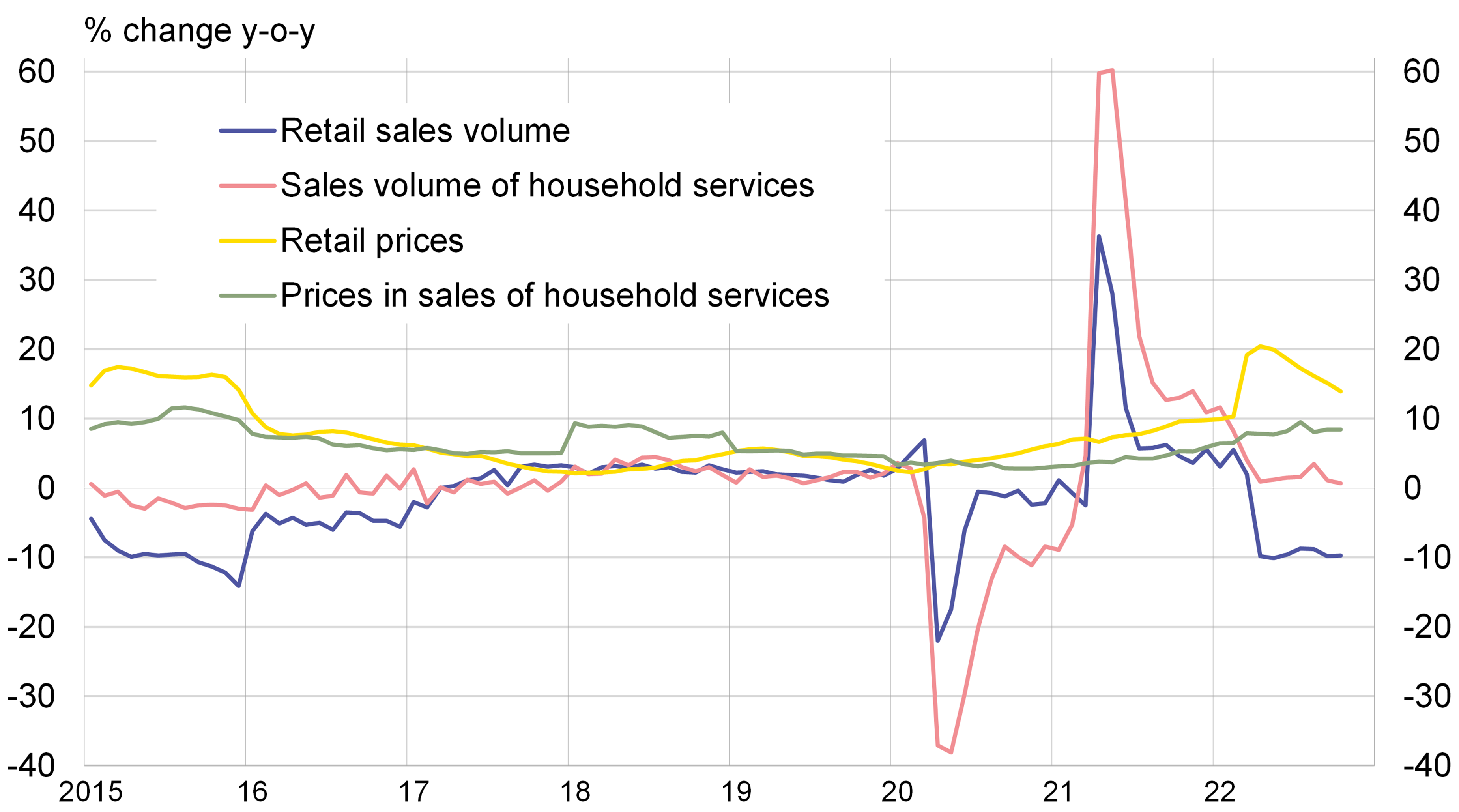