Based on data from May and early June, the Bank of Russia’s executive board concluded on June 10 that a 150-basis-point rate cut was appropriate as the pace of month-on-month inflation had plateaued. The halt reflects the ruble’s appreciation and an abatement of the panic-buying experienced at the start of the Ukraine war. Inflation expectations have also subsided. Experts interviewed by the media also commented that their expectations were generally in line with the CBR’s rate cut decision.

Inflation risks to the Russian economy are driven by fiscal policy making now. The risks for higher inflation include a rising budget deficit, a citizenry ready to increase consumption spending when saving money is not as useful as before and external factors such as sanctions. Experts interviewed by the media say that ruble’s exchange rate poses inflation risks. While a strong ruble helps tame inflation, the risk exists that inflation could roar back if the ruble loses value and import prices soar. However, the CBR notes that high risk premia on credit interest rates and Russia’s massive trade imbalance could slow down inflation.

The CBR raised its key rate to 20 % at the end of February. After a series of cuts, the key rate is now near its pre-war level 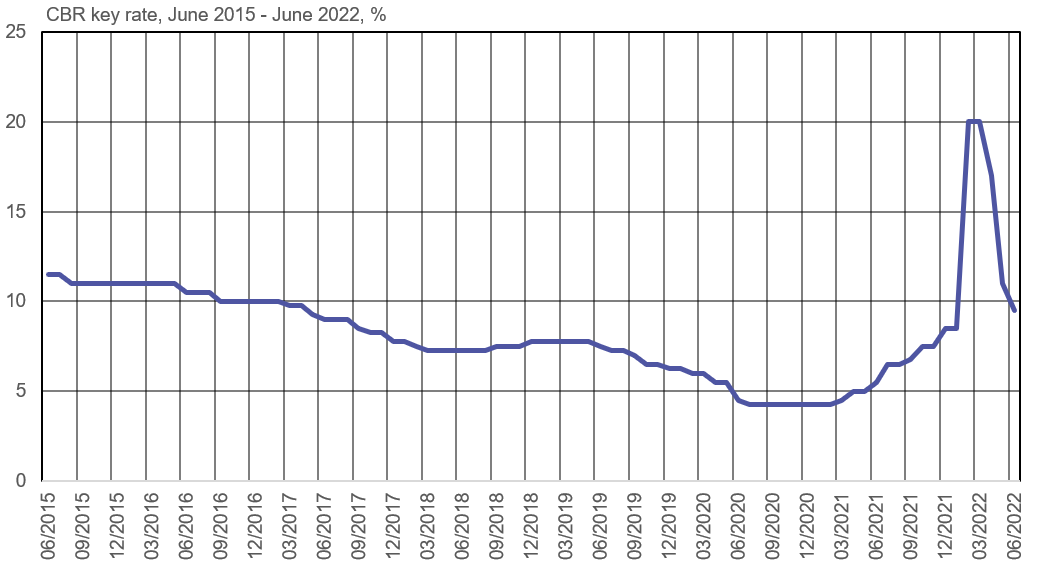