The value of goods and services exported from Finland to Russia rose by 11 % y-o-y in the first half of this year. In the second quarter, exports exceeded pre-pandemic levels, even after falling last year to historical lows. The recovery has been led by goods exports and particularly machinery & equipment exports have grown briskly supported by Russian investment demand. The favourable trend for goods exports continued also in July. In contrast, services exports have barely improved from the Covid Recession trough. Travel restrictions hit service exports particularly hard as both Finland and Russia imposed them to deal with the covid situation. In pre-pandemic years, tourism services accounted for about half of Finland’s services exports to Russia. Last year, the share fell to about a third. Russia accounted for 5 % of Finland’s total exports of goods and services in the first half of 2021.

Finnish goods exports to Russia have recovered well this year, while services exports have shown only slight improvement 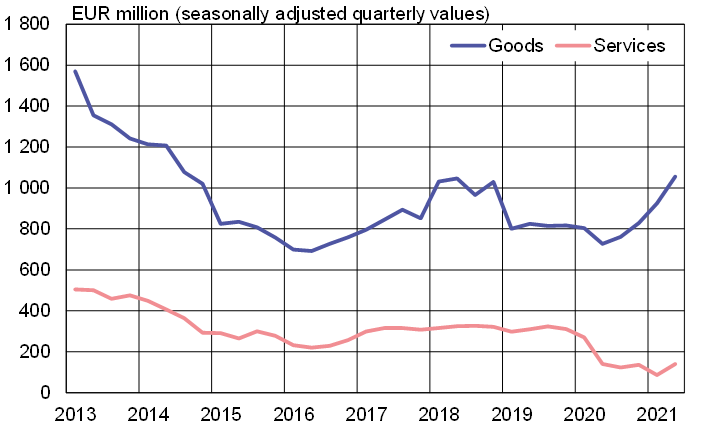