The value of Russian goods exports in the second quarter was up by 64 % y-o-y. Looking beyond the low reference base at the depths of the covid crisis last year, it is notable that the value of exports in June approached the record highs of 2013 and 2014. This high growth largely reflects the rapid rise in global commodity prices in recent months. While the volume of crude oil exports contracted slightly on-year in the second quarter and exports of petroleum products had yet to resume positive growth, export volumes of other major commodities such as natural gas, coal, fertilisers, raw timber and a range of metals increased briskly.

Following the rapid recovery in goods imports in the start of the year, growth has slowed in recent months. Even so, the value of imports in the second quarter was still up by 42 % y-o-y from the low point of last year’s Covid Recession. The value of imports also climbed to a level close to the 2014 peak. The increase in imports was driven by high demand in the machinery, equipment & vehicles category, which covers about half of Russia’s goods imports. 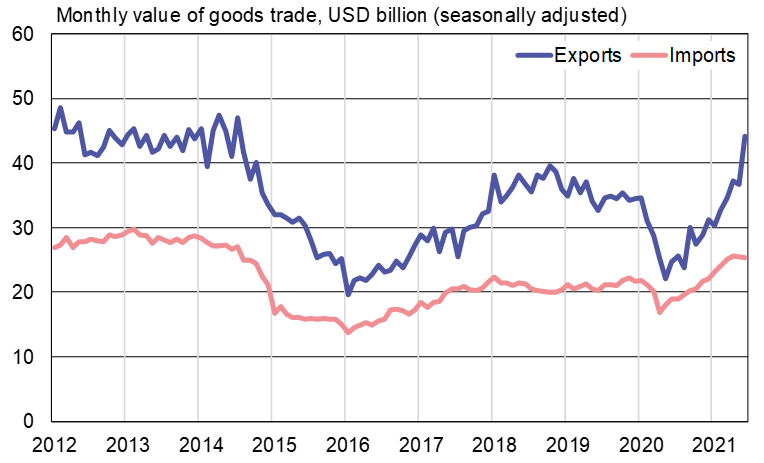