The price of Urals-grade crude oil declined by 30 % in October and November, from above 85 dollars a barrel to under 60 dollars, but there was hardly any change in the ruble’s exchange rate. Similarly, the naval incident on November 25 in the Kerch Strait had virtually no impact on the ruble’s exchange rate. There is no unambiguous explanation for ruble’s unusual behaviour.

However, the weakening of the link between ruble and oil can be partly explained by currency purchases by the Central Bank of Russia. Since the start of 2017, the Ministry of Finance has been accumulating foreign currency to the National Welfare Fund. Currency purchases have been made daily on the market by the Central Bank. According to the government’s fiscal rule, the higher the price of oil is, the more foreign currency is accumulated. While such forex buying has a depreciating effect on the ruble’s value, the effect’s magnitude is not simple to quantify. However, the connection between the ruble’s exchange rate and the oil price has diminished substantially during the forex-buying programme. In August, the Central Bank suspended the forex-buying programme until the end of the year. This may have supported the ruble’s value during autumn.

In an indirect manner, the longer-term effect of sanctions may also account for the ruble’s stability in recent months. After the declaration of new sanction packages in April and early August, the ruble fell steeply, but it has had a slight tendency to rebound to some extent during the following months. Thus, recovery from the initial sanction effect may have partly cancelled the effect of oil price on the ruble’s exchange rate. However, such an explanation remains rather speculative in lack of direct evidence.

The ruble’s exchange rate could also be getting some support from Russia’s monetary policy and relatively benign fiscal environment. Public sector finances are in surplus and government debt is quite low relative to most countries. In addition, emerging-market currencies have generally bounced back from their lows earlier this year. 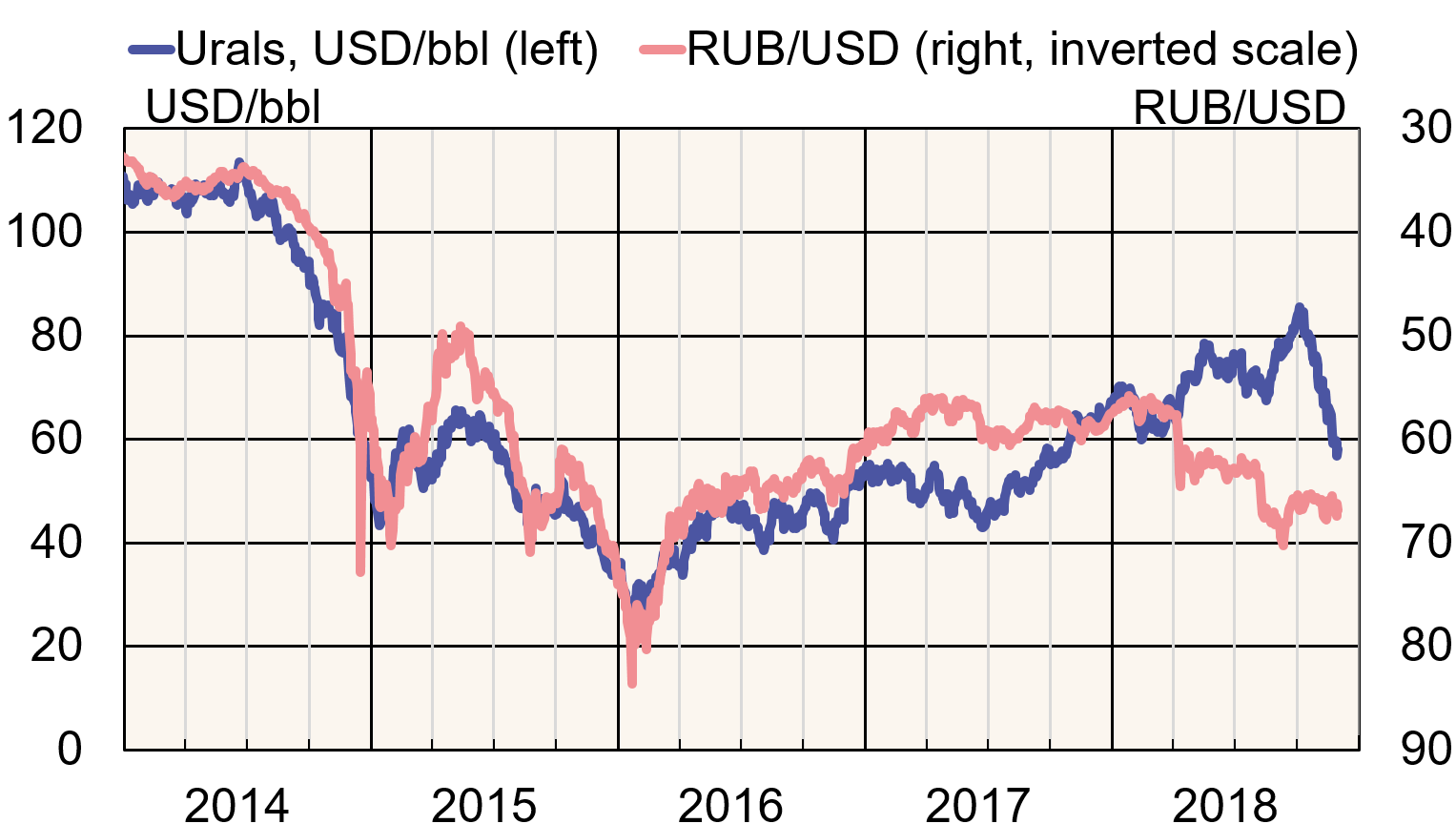