The rise in consumer prices accelerated in February to 2.9 %, while the January figure was 1.5 %. The Chinese Lunar New Year fell this year in February, causing a rise in prices of certain consumer products. The February core inflation reading, which excludes food and energy prices, rose by 0.5 percentage points from January to 2.5 %. Producer price inflation continued to cool, falling from 4.3 % in January to 3.7 % in February. On-year growth in producer prices slightly exceeded 6 % on average for months in 2017. 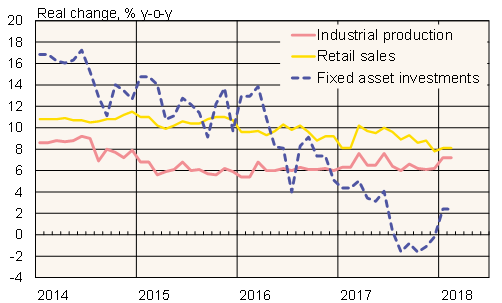