As elsewhere, many of Russia’s service branches have been clobbered by the pandemic and accompanying lockdowns and restrictions. Large drops were seen in such categories as hotels and restaurants, and entertainment events. In contrast, the third-quarter value-added of industrial branches was almost identical to that of third quarter in 2019. Rapid growth in the financial sector provided a bright spot in the services category.

One special feature of this year has been the OPEC+ agreement, under which Russia and other major oil producers commit to ceilings on crude oil production to keep global oil prices from declining excessively. Due to the agreement, Russia saw mineral extraction activity, which includes oil & gas production, contract strongly (-12 % y-o-y in the third quarter).

While Russian industrial output declined by 2.6 % y-o-y in November, it was less than October’s 5.5 % drop. Mineral extraction output fell by 7 % due to the OPEC+ agreement, while manufacturing output rose by 1 %. The pharmaceuticals industry saw a sharp gain in output (up 36 % y-o-y). Rapid growth was also posted by the textile (17 %) and chemical (10 %) industries. 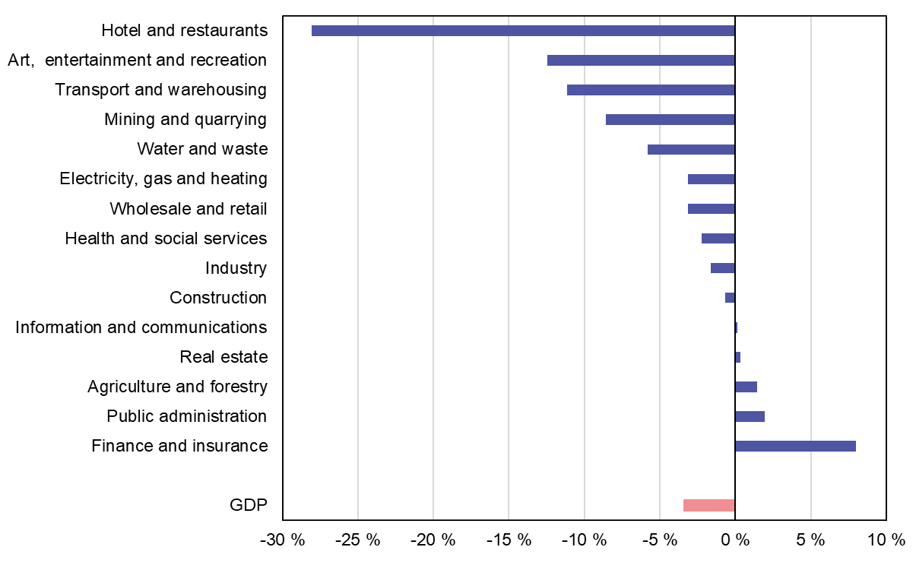